This Trek Slash 9 has been built around a frameset so differs massively from an off the shelf production version. The  frame combines Trek’s Full Floater linkages, Evo Link and Active Braking Pivot to squeeze every last drop of performance out of it’s 160mm travel. 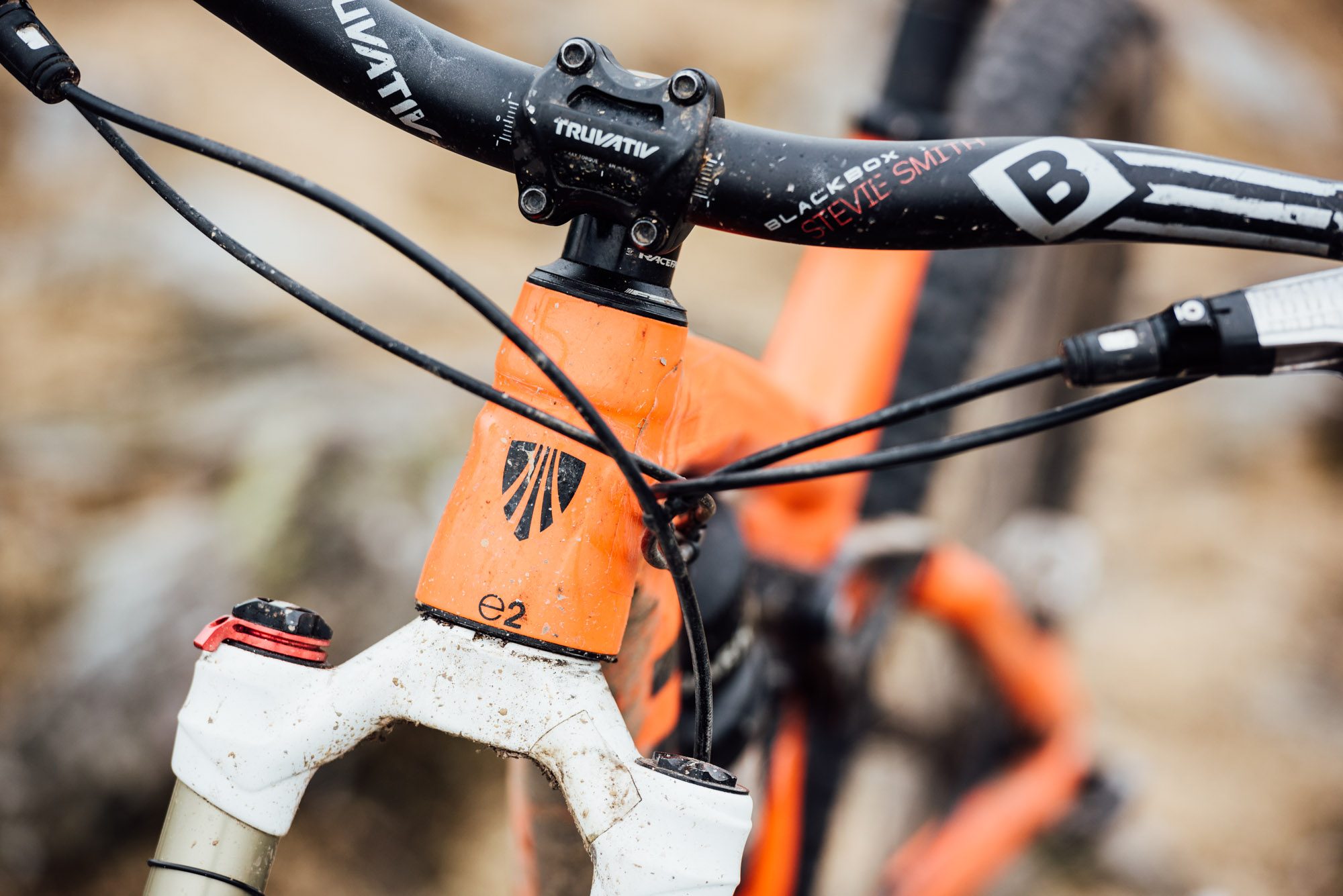 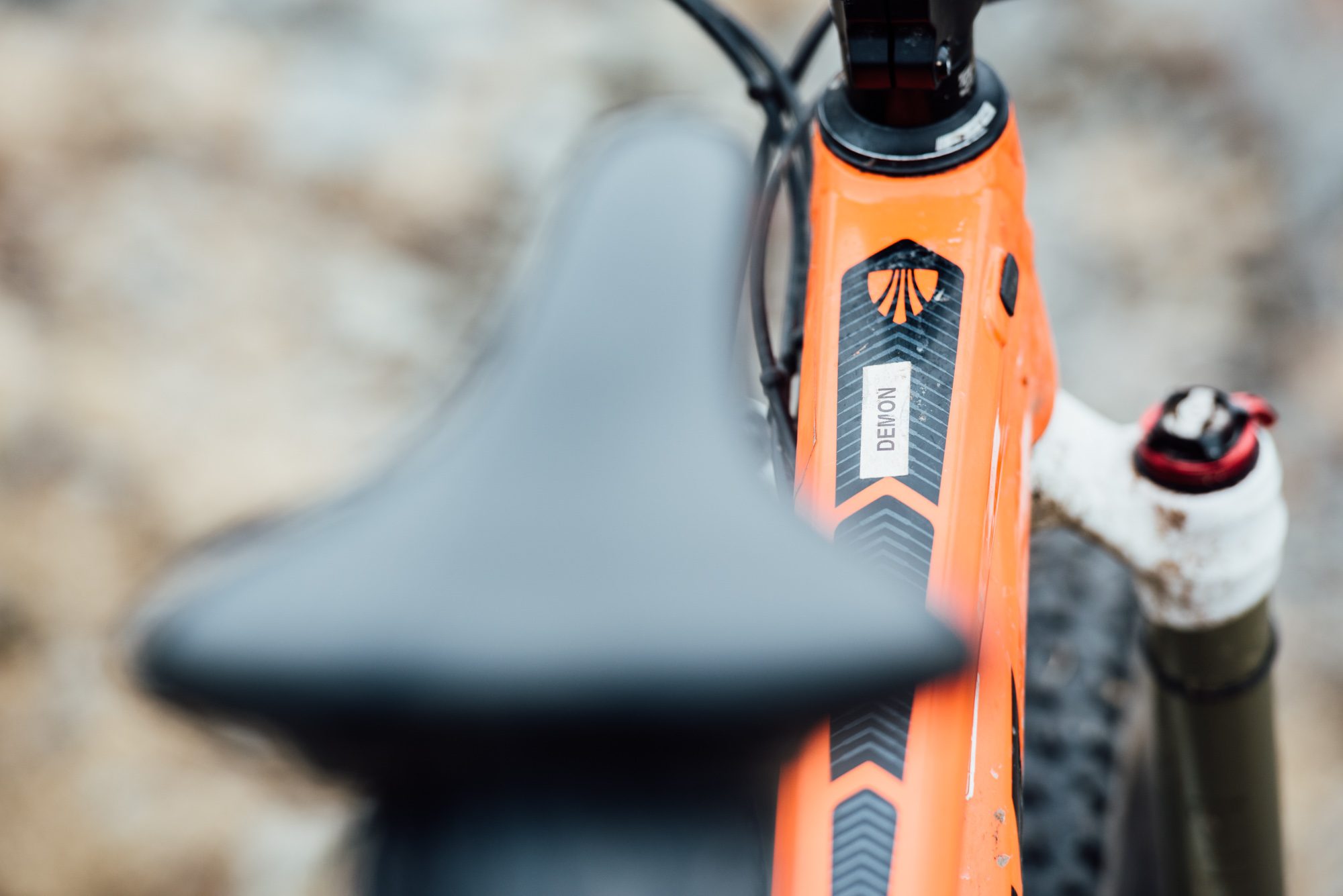 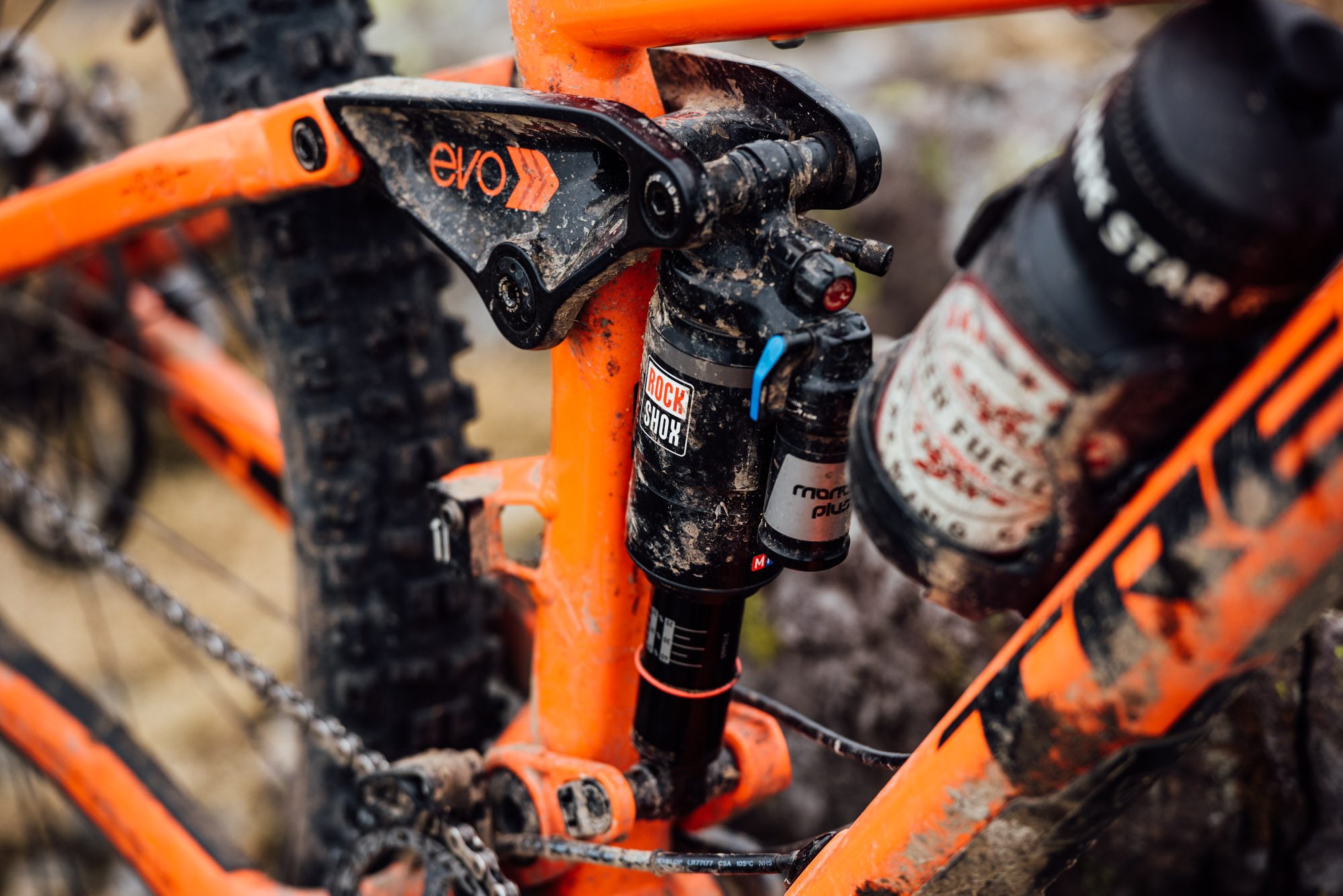 Build kit has been chosen around the bike’s twin duties of enduro racing and time spent in the hills. Downhill focussed Avid Codes take care of stopping duties while a mix of SRAM’s 1×11 drivetrain components from top end XX1 to more affordable GX provide the go.

The Slash 9 usually has a 160mm Fox 36 FIT2 fork up front, but as it was away for it’s yearly service, the backup Mattoc Pro was called into duty for the Lakeland trip. 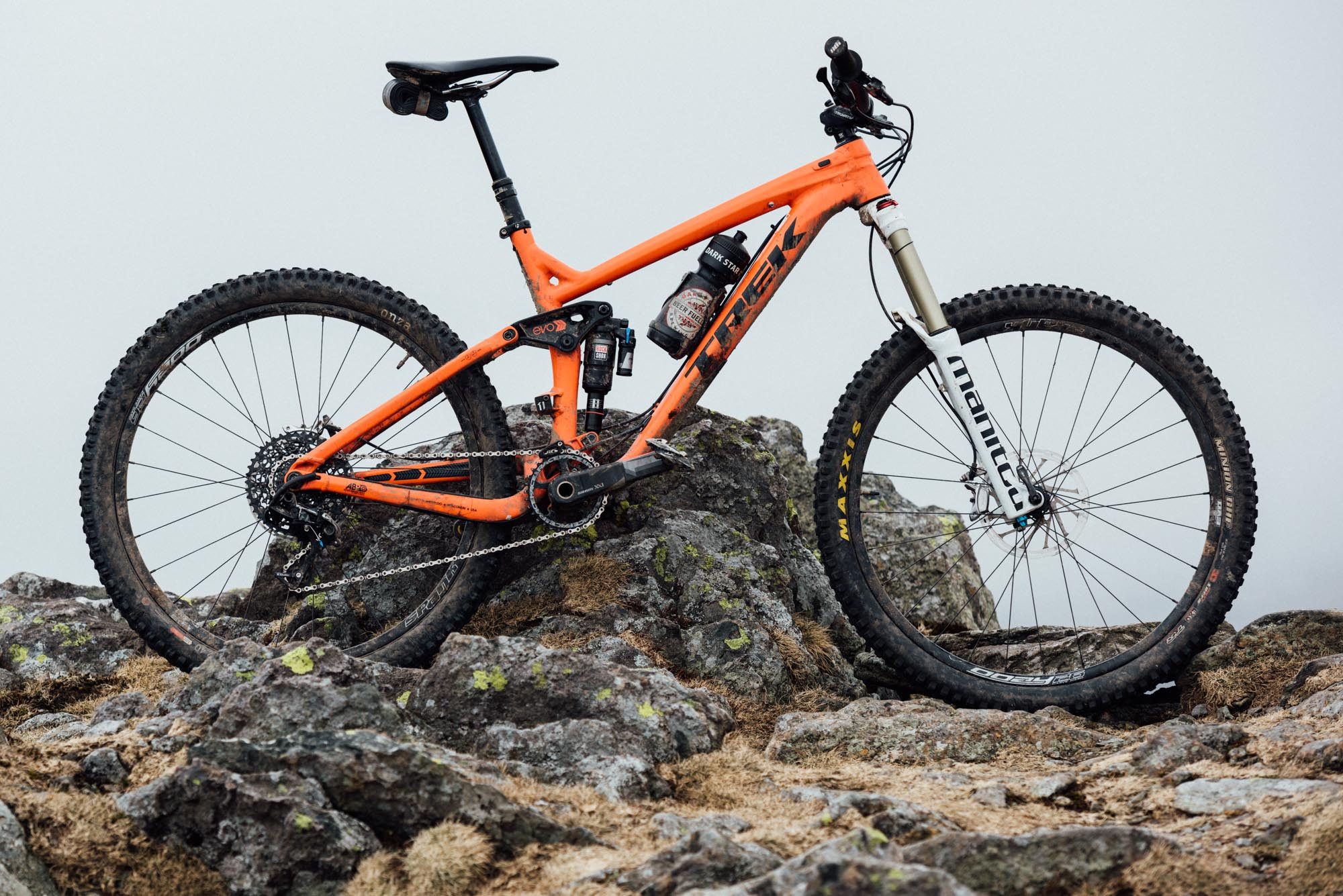 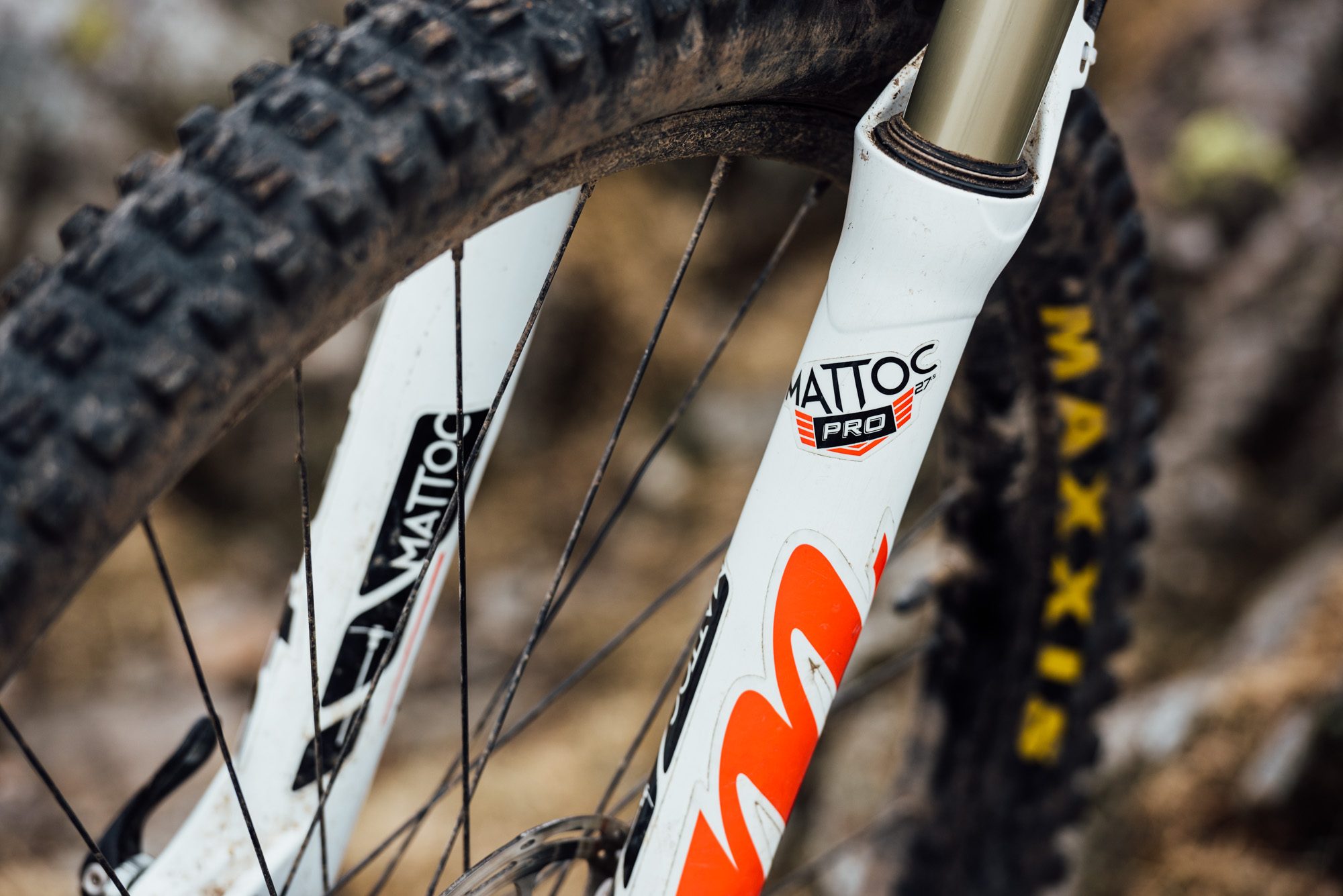 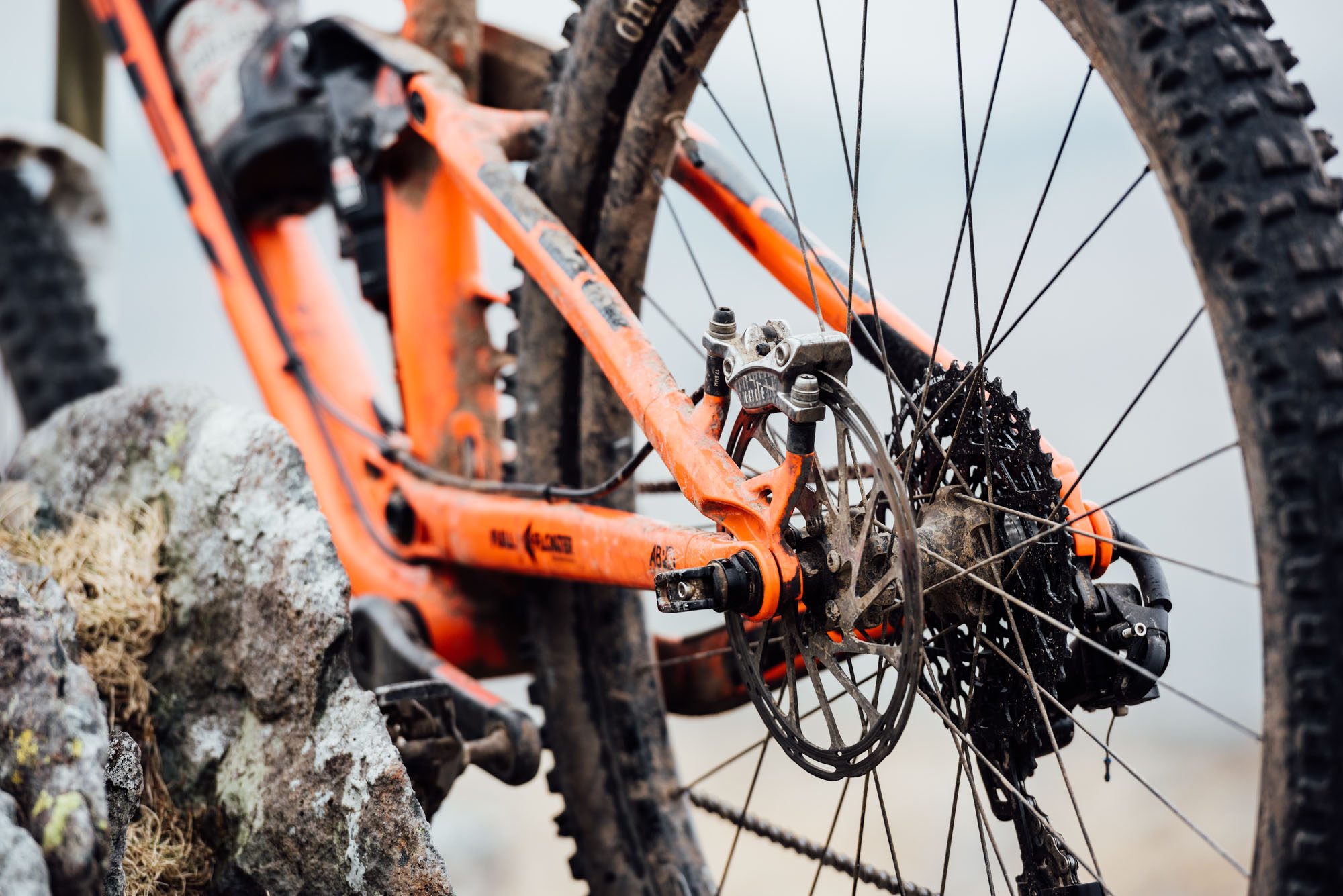