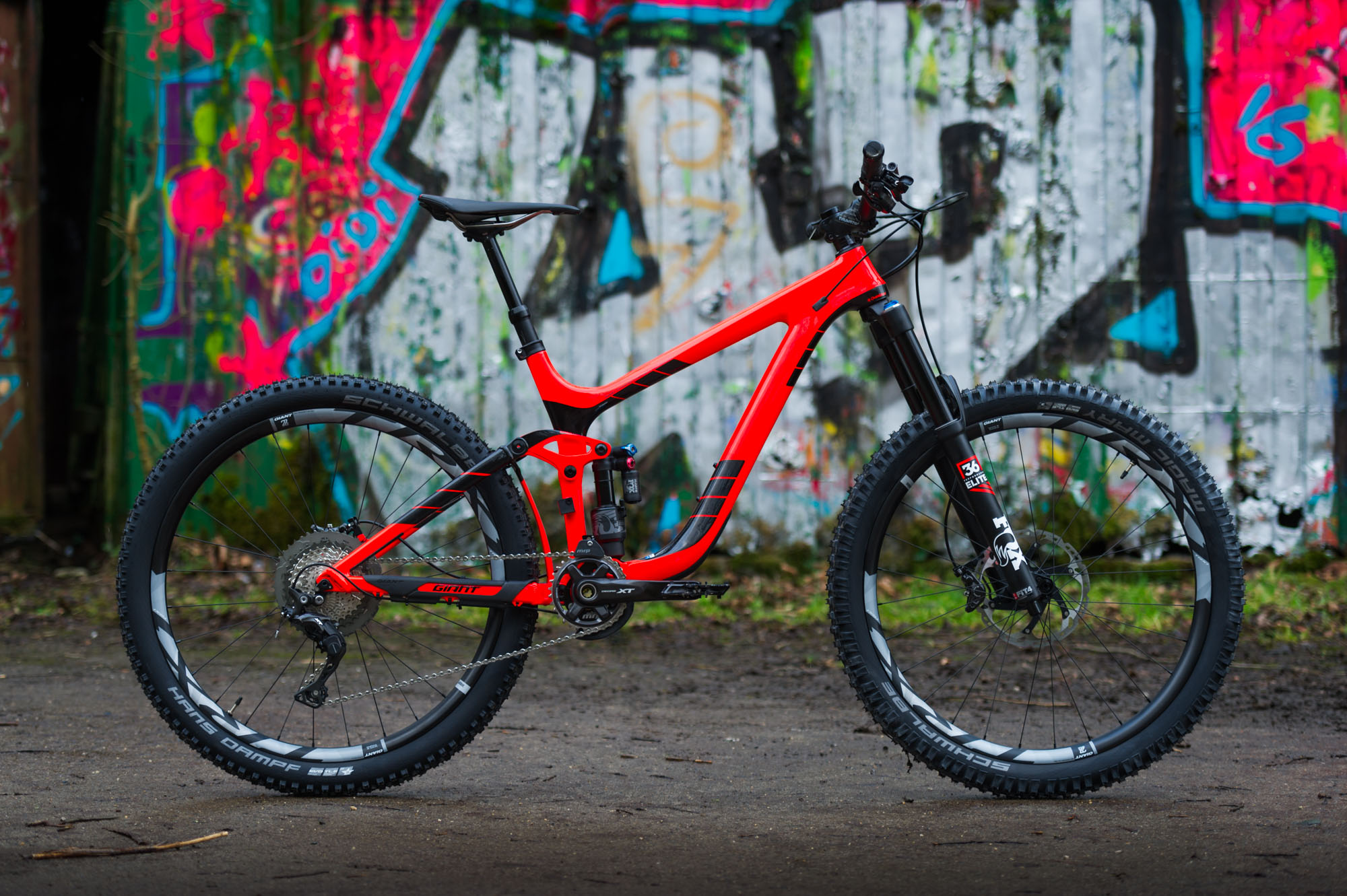 Whether it’s waiting for the courier to pull up outside your house or staring at your phone waiting for the bike shop to call, the all-consuming anticipation that comes with the imminent arrival of a new bike is not helping me with the task of Getting Shit Done.

I have things to do, words to write, photos to edit, emails to answer. Instead I’m making endless cups of tea because the kitchen window gives me a clear view down the street in the direction the TNT van will be coming from. When I do manage to sit in front of the computer it’s to look at photos of the bike that is turning up today. In fact, it should be here by now. I’ll just wander over to the window, once more, just in case…

This happens every time a new bike is due. Having been fortunate enough to have owned a few bikes in my time it’s not got any easier, the symptoms haven’t dulled. The pronounced curtain twitching, increased distraction and caffeine intake are always the same and do nothing to speed up the arrival of the bike, instead they add only to the itching anxiety. 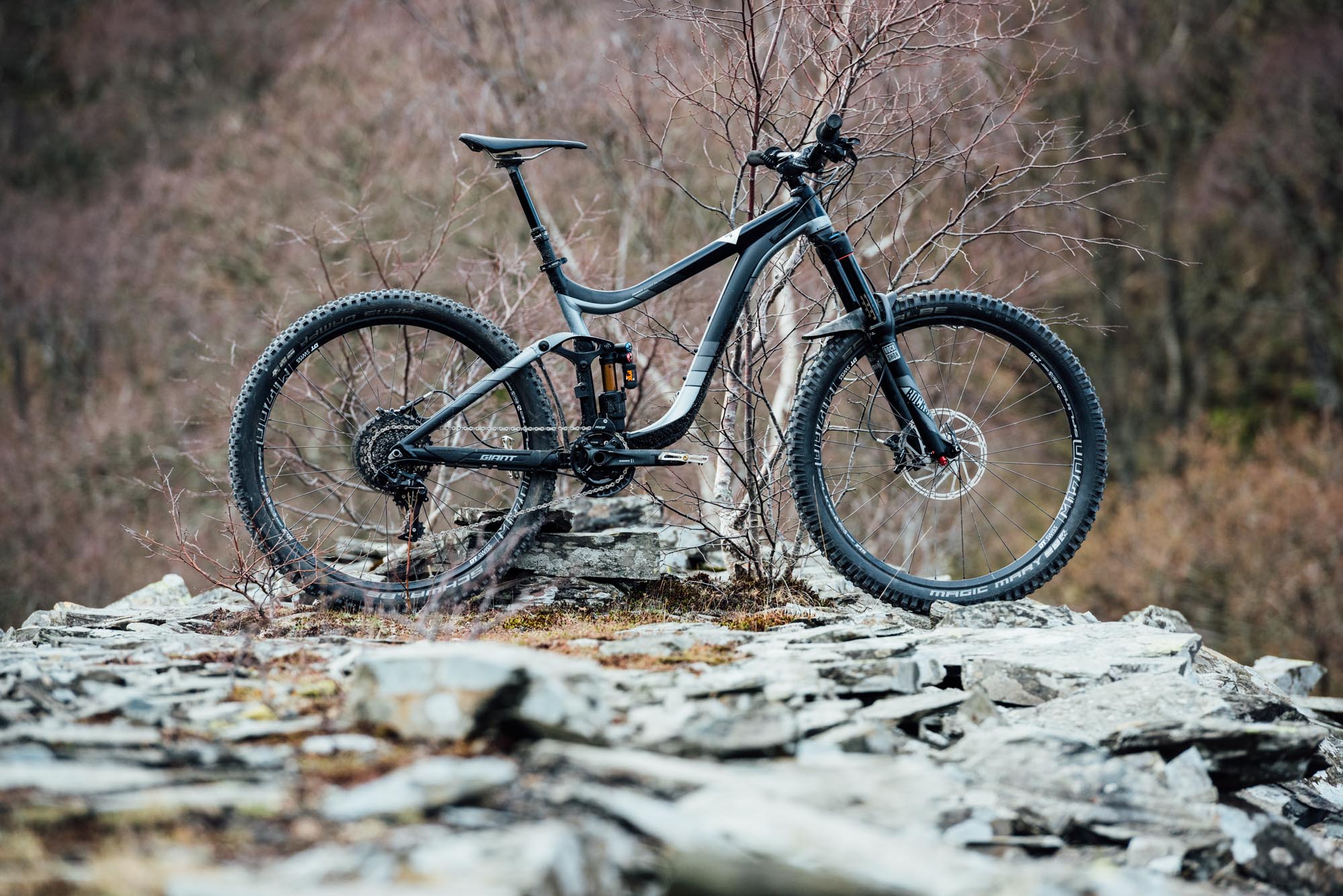 Last week I’d given my Giant Reign 1 a final thorough clean down, taking in a year’s worth of scratches and scuffs, wear, tear and tough love. The Magic Rock Brewery sticker was peeled from the toptube, the original unused grips were put back on, a few words of farewell were said and it was ceremoniously lowered into a box to be sent back to Giant. I’d like to say I shed a tear or had second thoughts, refusing to send it back and keeping it as a hostage to sentimentality in my shed. But I didn’t. Because I knew its successor was on it’s way.

A box big enough to live in has arrived. After all my window gazing Mr TNT has managed to park his lorry outside my house, unload a bike and drag it to my door without me hearing.

Something approximating my signature is scrawled on a bit of paper and I’m left to manhandle the box into the house. This is it. This is the moment I’ve been waiting for. That moment when the cardboard veil is lifted and I get to see my new partner for the year. 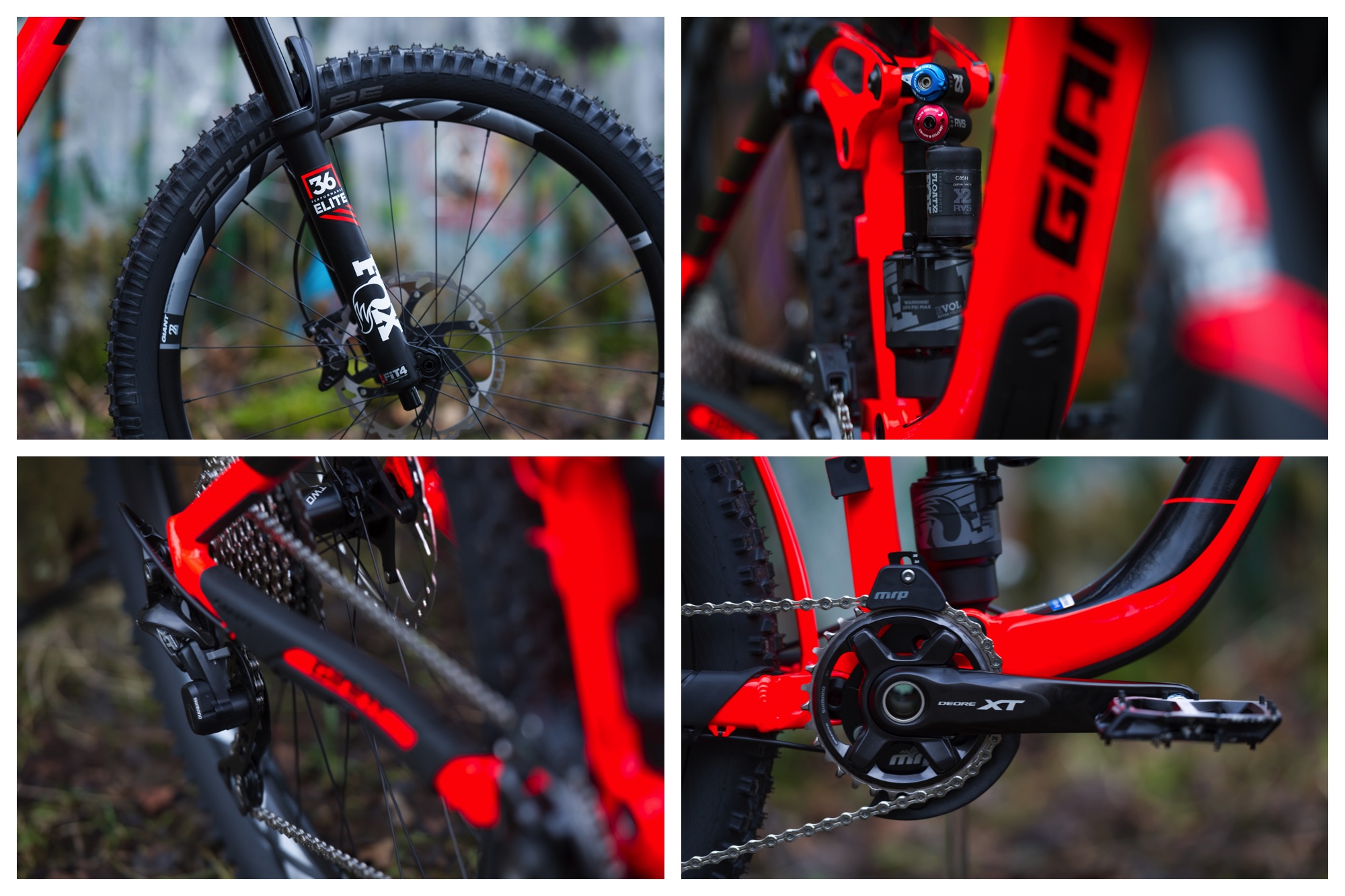 It’s fair to say I was a fan of the 2016 Giant Reign 1. It was never the limiting factor in getting me up or, especially, down anything I pointed it at. My riding has come on quite a bit this year and a lot of this is down to the Reign. Boundaries were pushed and I came away, mostly, unscathed thanks to its competence in looking after my incompetence. The SRAM drivetrain and RockShox suspension never gave me cause for concern. Other than changing the own-brand grips to some thinner Sensus Swayzes it didn’t need much modification to get it just-so.

It’s replacement is a case of same but different. The 2017 Giant Reign Advanced 1 has the same geometry and silhouette, but is a totally different bike. 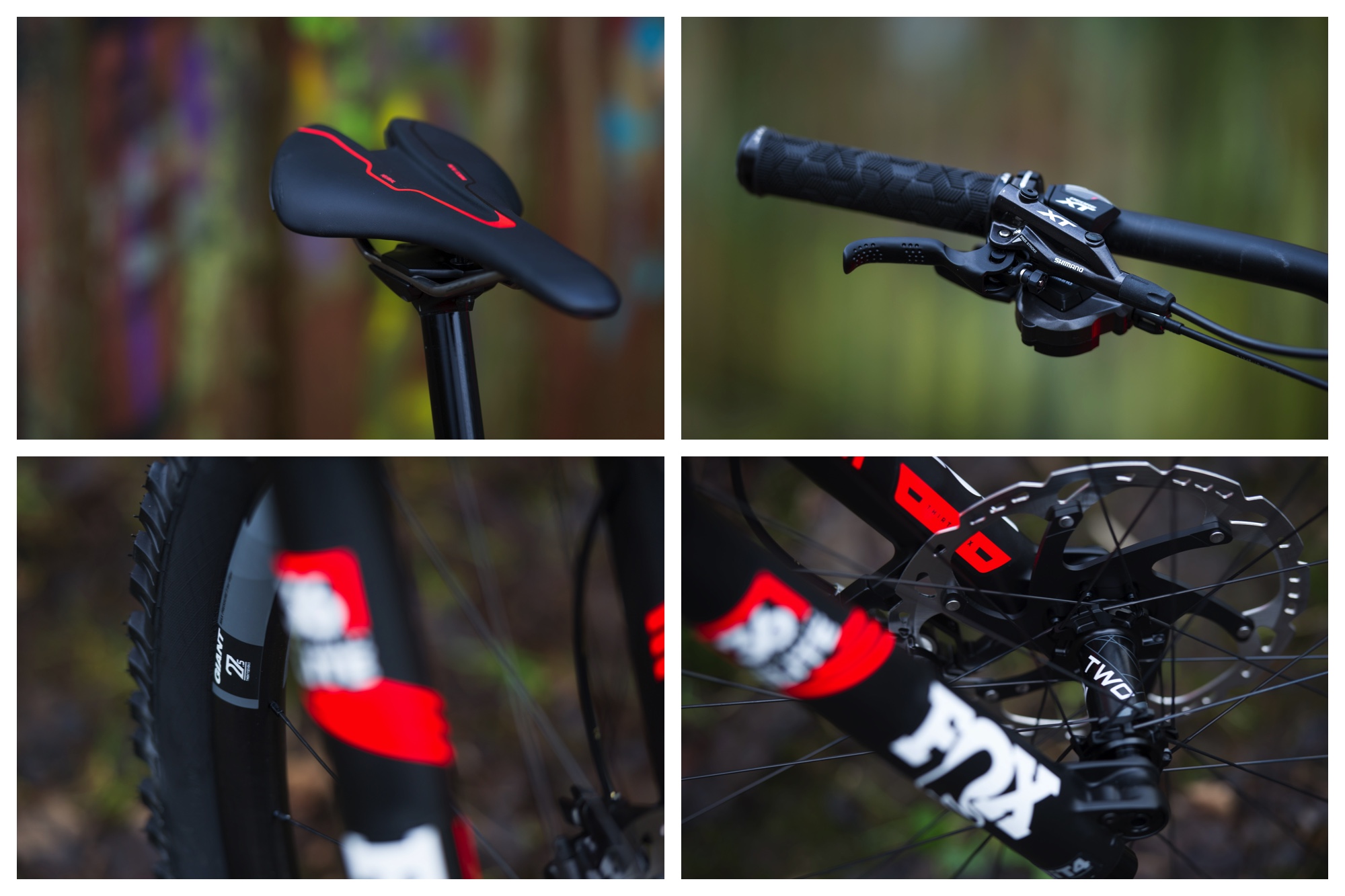 The mainframe is carbon, or Advanced-Grade Composite in Giant speak, while the rear sub-frame remains aluminium. The SRAM drivetrain is swapped for Shimano’s XT M8000 groupset with 11-46t cassette. RockShox Monarch Plus and Pike are replaced with Fox Float X2 Performance and Boost compatible 36 Performance Elite. The Reverb dropper post is gone, in its place Giant’s own Contact SL Switch. Wheels go from fully alloy DT Swiss M 1700 Splines to Giant’s TRX 1 wheelset with composite rims. 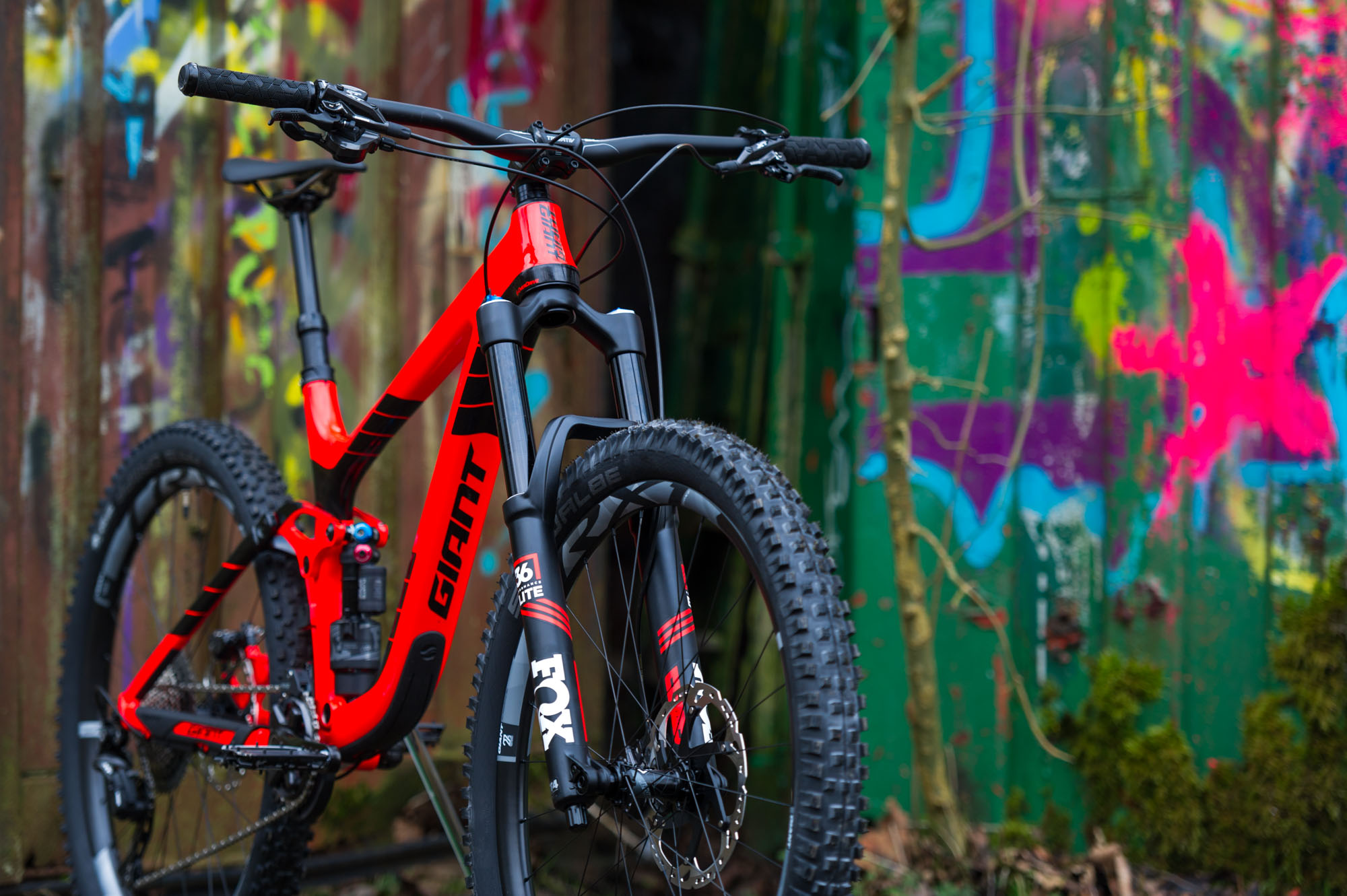 A few minutes with the toolbox and it’s ready to go. It seems wrong to stick beaten up old pedals into the virginal cranks though so I’ve treated myself, and the bike, to a set of Nukeproof Horizon Pro Sam Hill editions, in the hope I can channel some of his flat pedal skills.

It almost feels cruel to get a new bike this time of year. To take it from box fresh to trail tainted in just one brutal baptism of mud. This plays on my mind for literally seconds before I’m pulling on riding gear, grabbing still-damp Five Tens off the radiator, throwing pumps, gauges and other set-up tools into a pack and heading out the door.

The anticipation and waiting is over, let the adventures commence…

Thanks to Giant UK and Hotlines for their support.