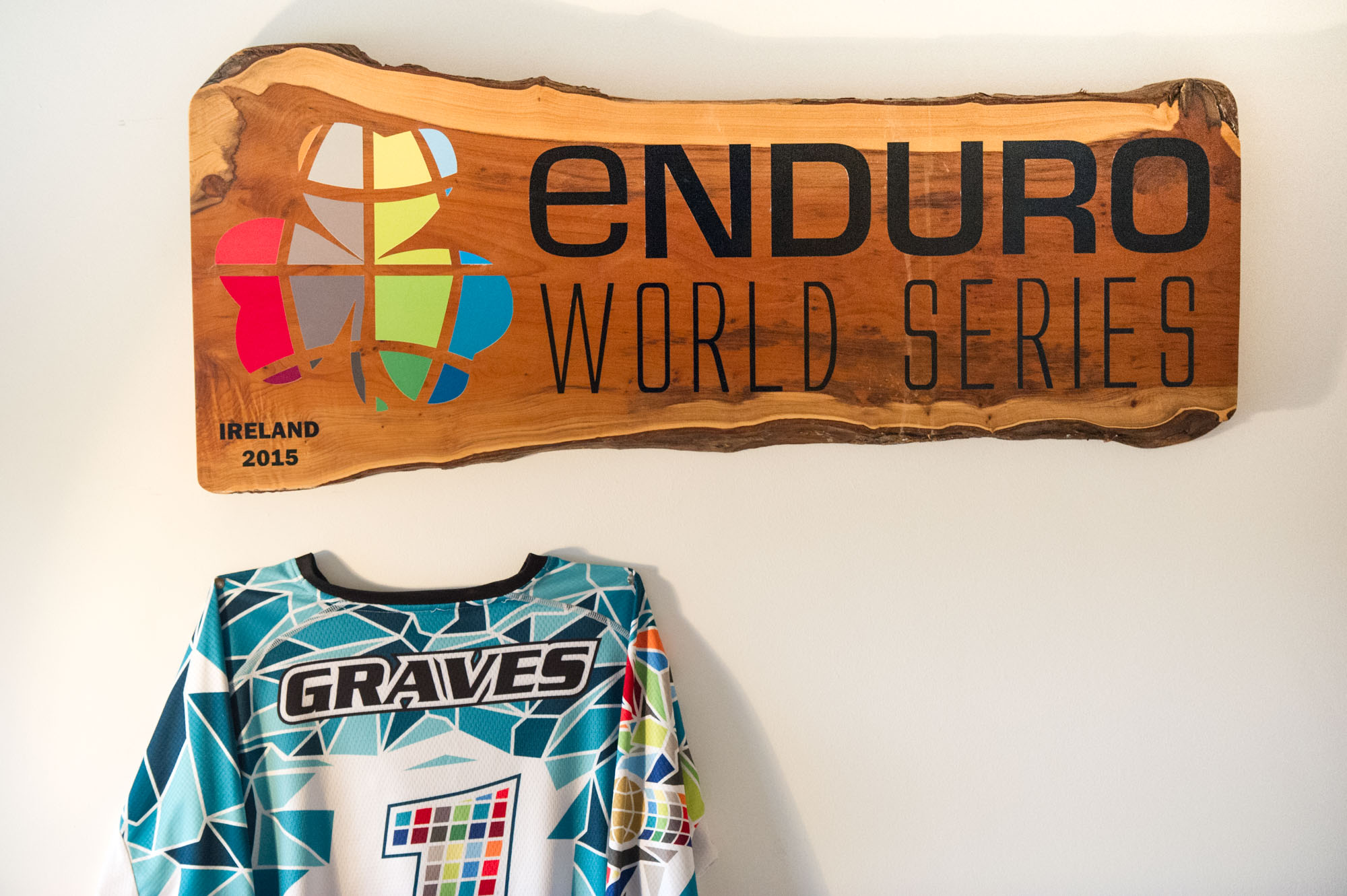 If you missed our previous portions of Trailmix let us get you up to speed – we think we need to talk about access and now is a particularly good time to do it. To get us on our way we got Andy McKenna to share his thoughts while we hunkered down in a bothy for the night. For part three of our series we spent the evening chatting with Enduro World Series head honcho Chris Ball to see how he sees the organisation approaching the issues of access and ethics.

RADventure – Do you think enduro has created a demand for new harder trails?

Chris Ball – They’re calling them enduro trails because people are riding enduro bikes on them and that’s fine, that’s what we used to do as kids, but there’s more people doing it now. There’s almost a critical mass that now demands more responsibility. Here in the Tweed Valley ten people scratching around digging and riding trails would go totally unnoticed, but now there’s a few thousand you just can’t behave like that.

If we can steer sustainable trail development into trails that people actually want to ride, not ‘flow trails’ which everyone seems to think sustainable trail building actually is, when its just horrific stuff, costs more and has a bigger footprint.

At the moment we’ve got riders putting up video after video of muddy ruts just being devastated, and when that one’s done they just move along and dig a new one. It’s like powder skiing but without the snowfall to cover it over. Riders need to realise you can just fix stuff and it can be fun again. So you’ve got that at one end and then flow trails or worse, IMBA stuff, at the other end. It’s so dull, it’s not sustainable and it costs a lot to build and maintain.

I think because we’re still such a young sport, if you look at the people like us – I guess first generation mountain bikers – Peaty rode the first ever World Cup and he’s just retired. So it’s a really young sport. I don’t think the mindset has shifted at all, we’ve taken us going out and scratching trails in, riding footpaths and just being a bit below the radar to what is now a global industry with really good media coverage, Strava and all this other stuff. Yet we still behave in that same way we used to and that’s got to change. It’s not a culture that exists in other mountain sports, mountain biking doesn’t behave like any other mountain sport and I don’t know why.

If you watch climbing or skiing movies there’s a real respect for the mountain environment that is a part of the narrative.

In climbing culture – tat, bolting routes, all that stuff – Scotland is one of the most aggressively traditional climbing countries in the world, if you bolted a route in Scotland you’d be shot and that’s amazing. But then that hasn’t translated into our sport. Mountain bikers don’t see themselves as outdoorsmen, if you now what I mean. Which is an interesting one because we are, I don’t know why people don’t see it like that. The push for decent equipment has been a big one for us in Enduro World Series, to push people to use the right equipment. We’ve seen fabrics changing as things have to work, there’s definitely been a change, but it’s still a long way off what you’d take into the Cairngorms as a walker or as a mountaineer.

If you have that culture as a mountain biker, it’s usually because you have another sport and you’ve brought it from elsewhere or you’ve been exposed to it through a family member. I think people who come straight into it, either from road riding or straight into mountain biking, there’s definitely a difference. Magazines don’t push it either, so I don’t know if it’s just a general educational and cultural thing.

What ethics do any federation in mountain biking push? None. I mean British Cycling is tracksuits and track cycling, they push performance and being squeaky clean, they’re completely alien to the environments we’re talking about. There’s no top down, there’s nothing coming from there, whereas The BMC are pretty militant, MCoS are pretty militant. Bike clubs are mainly focussed on bike racing, British Cycling is track racing and everything else is unrepresented.

Being completely self-sufficient, that’s a big part of enduro too, the professional divisions are definitely trying to push it away from that because they want it more focussed on performance. I think longer term that’ll be a struggle, to make sure we maintain the outdoor sport and adventure aspect, because if we don’t enduro will just become another downhill – which is so irresponsible and disposable in its nature and its culture. You see it and it doesn’t feel like a mountain sport, if you look at a lot of the riders the cultures that they follow aren’t outdoor sports they’re motor sports, typically motocross and super cross. That’s translated out into ‘it’s uncool to wear a pack’ (though I’m a big fan of the bumbag these days) it’s cultural and it impacts everything. 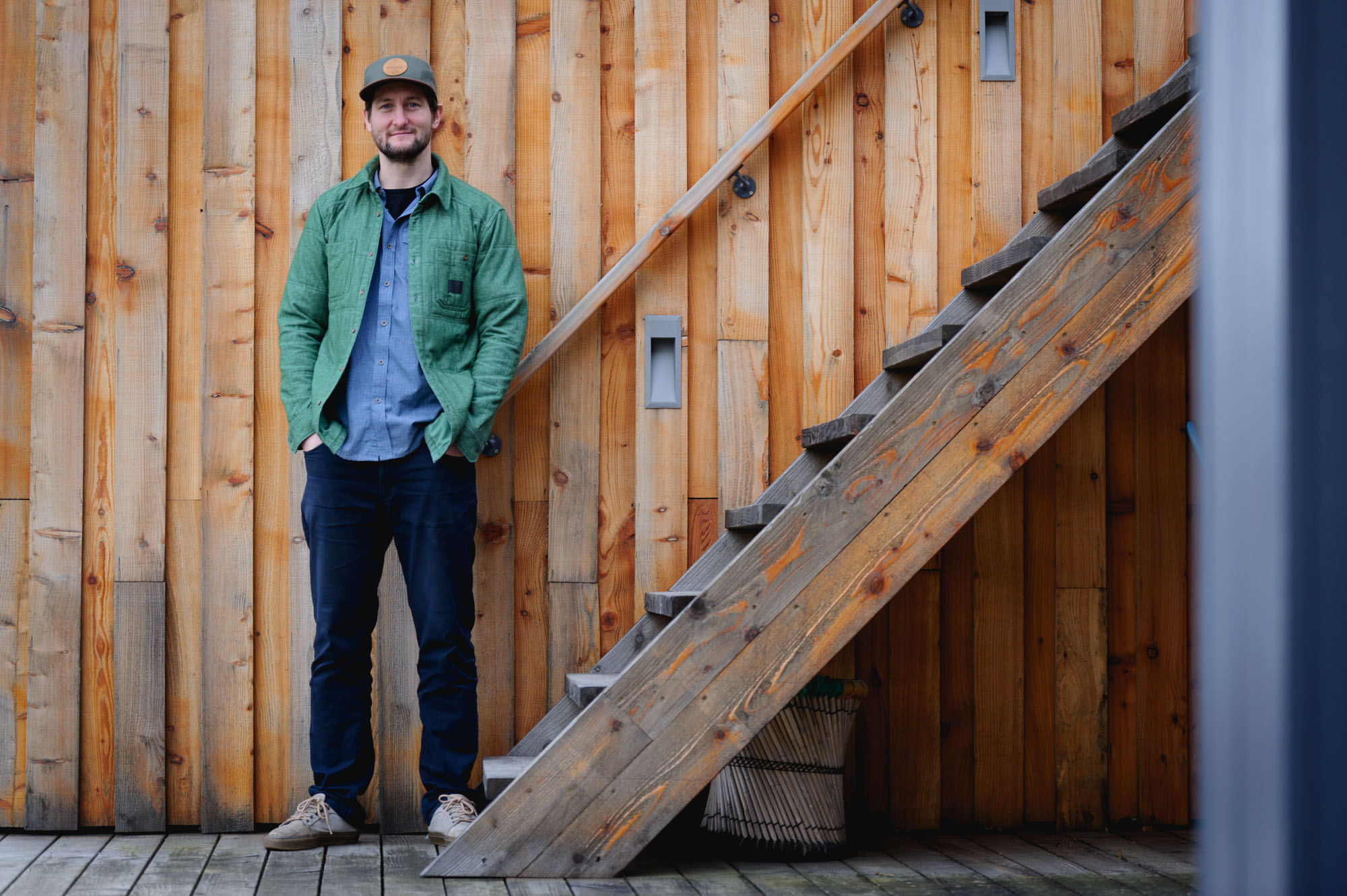 Does promoting racing in fragile mountain environments bring its own set of problems?

A big fear of mine, if you look at what we’ve promoted, is racing on natural wild trails. It’s what all of us have ridden on forever and it’s what mountain biking is to most of us. It’s shifted away from what IMBA, Forestry Commission, whoever, consider sustainable trail. The Old Ghost Road, that’s sustainably built but has a wild feel, but it’s exactly what we need to be promoting more, because you see more and more organisers and riders putting video and pictures up of freshly hand cut trails, fun stuff to ride but absolutely not sustainable. And there is a difference between sustainable and natural stuff. I mean the Golfie [a riding hotspot just outside Innerleithen] is totally sustainable.

We get so much pressure at events to always have new trails, and if you don’t have new stuff its a major issue, but most riders, and most professional racers don’t realise how much effort it takes to put in a new trail. There’s this constant push for new stuff and I think there needs to be a change at some point where say trails are approved for racing and kept in a semi permanent state of good repair, and it may mean racers have raced them before. Then the pressure will come off organisers to constantly build new stuff and hopefully put the onus back on to maintenance.

The event side is where I feel guilty, you feel obliged as an organiser to always do what the riders want. You don’t want to be against the riders voice or the riders trends, but sometimes you have to be. If more organisers were ethically stronger we might get places.

In a mountain environment the whole inside line, racing/non racing – it’s such a grey area because we’re all creative with our line choice that’s the fun part of riding. If you take that creativity out of it that’s shit, that’s why flow trails are boring. There’s a weird boundary where you say ‘this is fair game but that’s just cutting the corner’, but what is that? Trans-Provence always try to put a one metre measurement on it, they can’t tape their course due to the logistics of the race, but then you get certain riders of a certain disposition and they’re still pushing it. How do you manage the competitiveness of a human and keep that ethical thing? It’s so difficult, maybe if they saw the impact they’re having, but how do you showcase it?

Then there’s the wildlife aspects and the wilderness aspects, impact and drainage. Our next step is definitely to create an educational tool for that, that’s our thinking. 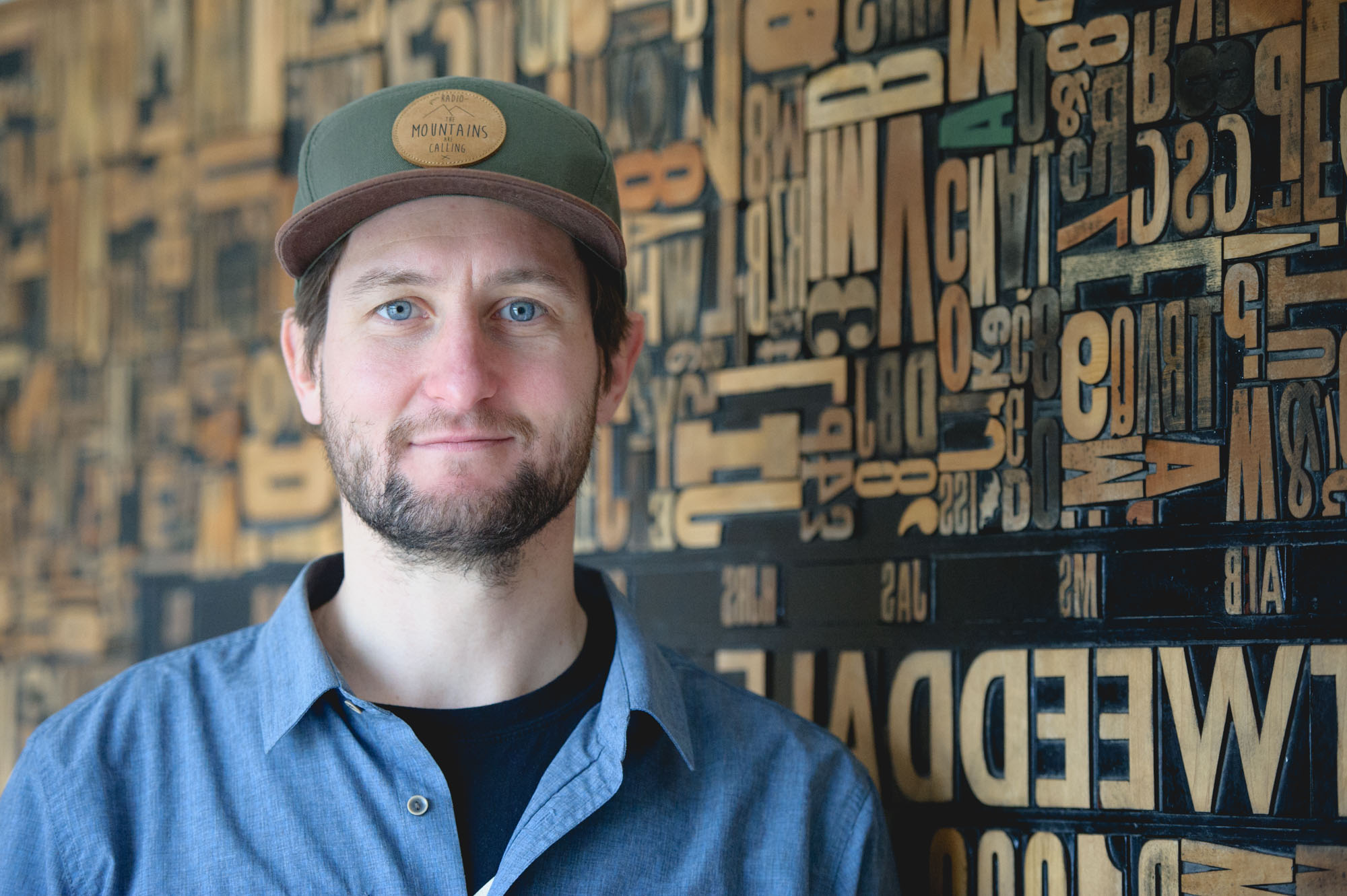 You recently talked about the impact of a Developing Mountain Biking in Scotland meeting had on your thoughts on the environmental impact of EWS.

I came away from that, I’m really troubled. I mean 80% of our riders are local so the impact is not as bad as it first looks, but ultimately what we’re promoting is tourism. A lot of economies are surviving more and more on tourism so that side is good, but then you have to move people around and that’s bad. So we have this weird conundrum we’re stuck in. Off the back of that we applied for membership of 1% for the Planet, and our membership came through last week, so that’s cool. The charities we’ll link to will be sustainable transport and reforestation projects, because mountain bikes need trees and woodland and we need trees and woods to help mop up the mess from flying around the world.

It all helps justify flying everyone economy class, the carbon footprint of economy class is considerably better than business class. All the online calculators show it’s massively different.

1% for the Planet membership is the first step really, longer term I’d like to look at how we get teams and riders to easily, and voluntarily, contribute to reforestation or sustainable transport charities through us. If you fly to say Madeira or Finale you may not think twice about giving a tenner or twenty quid, you know you’ve got a carbon footprint, so to put the structure in place so people can just do that and it’s trustworthy we’re more likely to have success than if people are just left to their own devices.

It’s such a minefield, it took ages to decide on 1% for the Planet. So much of the carbon capture stuff is so opaque, I think so much of it is just businesses paying these things to say “that makes me feel a bit better”. You don’t know how much the organisation takes and how much reaches the people on the ground, you just don’t really know. 1% is really clean, if you have a thousand pounds to give it goes to the charity, I like how transparent it is.

Longer term, I don’t know how we’re going to do it, I want to set up a carbon fund, but because we’re not a charity I’m not sure how we’ll do it or if we’ll just direct it so it’ll go straight to a charity. Long term it’d be nice to make that super easy and super transparent for riders. Then it’s down to an education thing, make people think if I went on that trip and I contributed a tenner maybe the next trip they go on they’ll do the same.

It’s reassuring to see a world series event approach very real issues both in terms of impact on the trails it uses, as well as the wider global environmental impact of the travel involved and put in measures to address both sensitively, thoughtfully and logically. If the Enduro World Series can create this lead in approach to trail management where are the national bodies to follow it? How do we instil a sense of ‘mountain ethics’ in a sport that doesn’t seem to see itself as part of the mountain sport community?

Many thanks to Chris and Kate Ball for their help with this feature.

Tour Of The Tarns