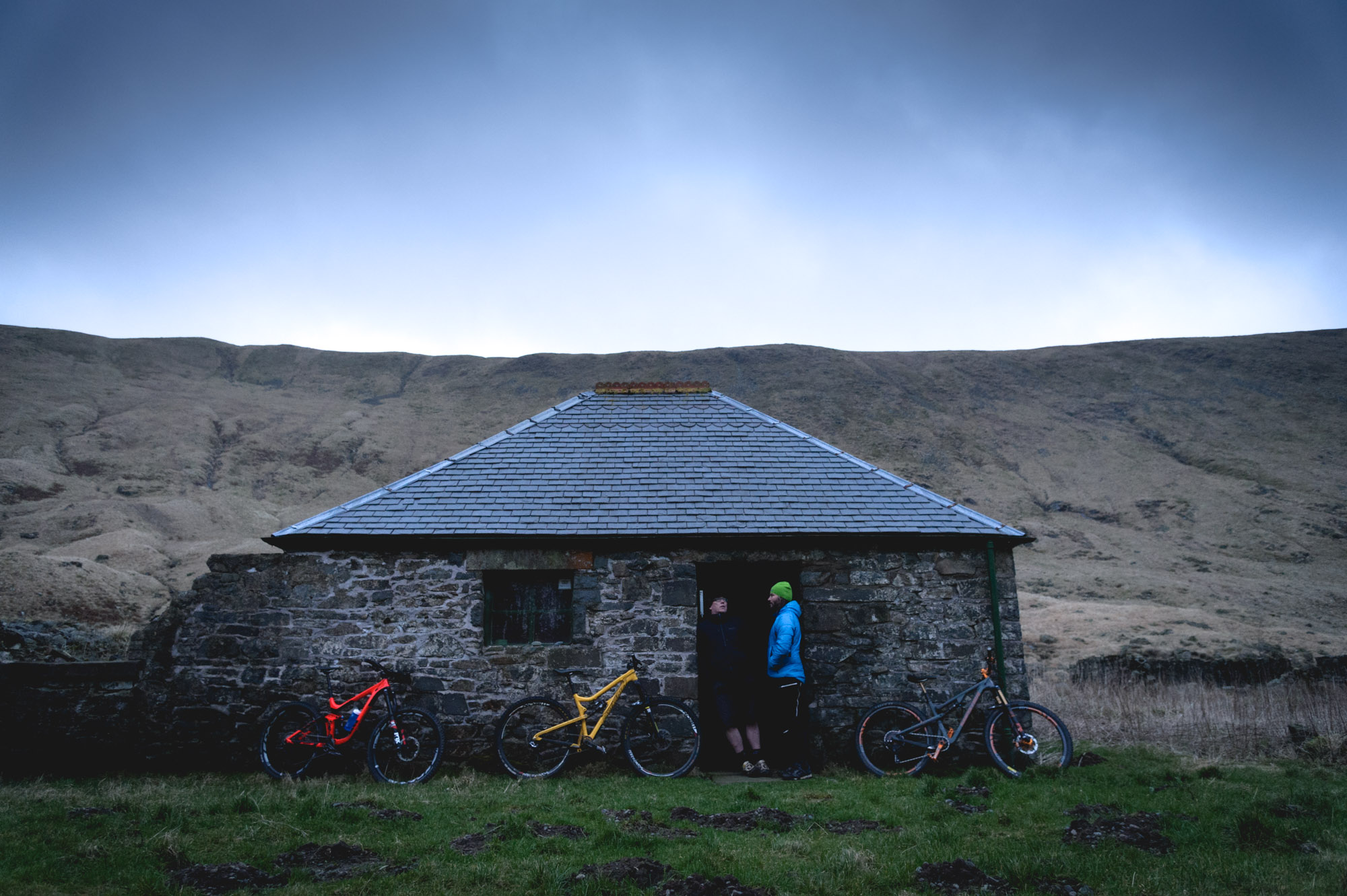 If you missed our last Trailmix let us get you up to speed – we think we need to talk about access and now is a particularly good time to do it. When you need to know what direction you should be heading in it’s always wise to ask a guide, with that in mind we headed north of the border to hook up with everybody’s favourite trail guru, and mountain bike tour operator,  Andy McKenna for a bothy based evening of whisky, port and chat.

RV – Do you think mountain biking needs to become more like mountaineering and climbing who, because they’ve been around for so long, have strong shared ethics?

Andy McKenna – It’s in their culture, and I think that’s starting to emerge for mountain biking. I think the trail centres have done an incredible thing introducing the sport to more people, but maybe more people are tuned in to the sensation of riding fast and just going and doing it. I think when you’re using the hills on a regular basis then you develop a sense of responsibility. 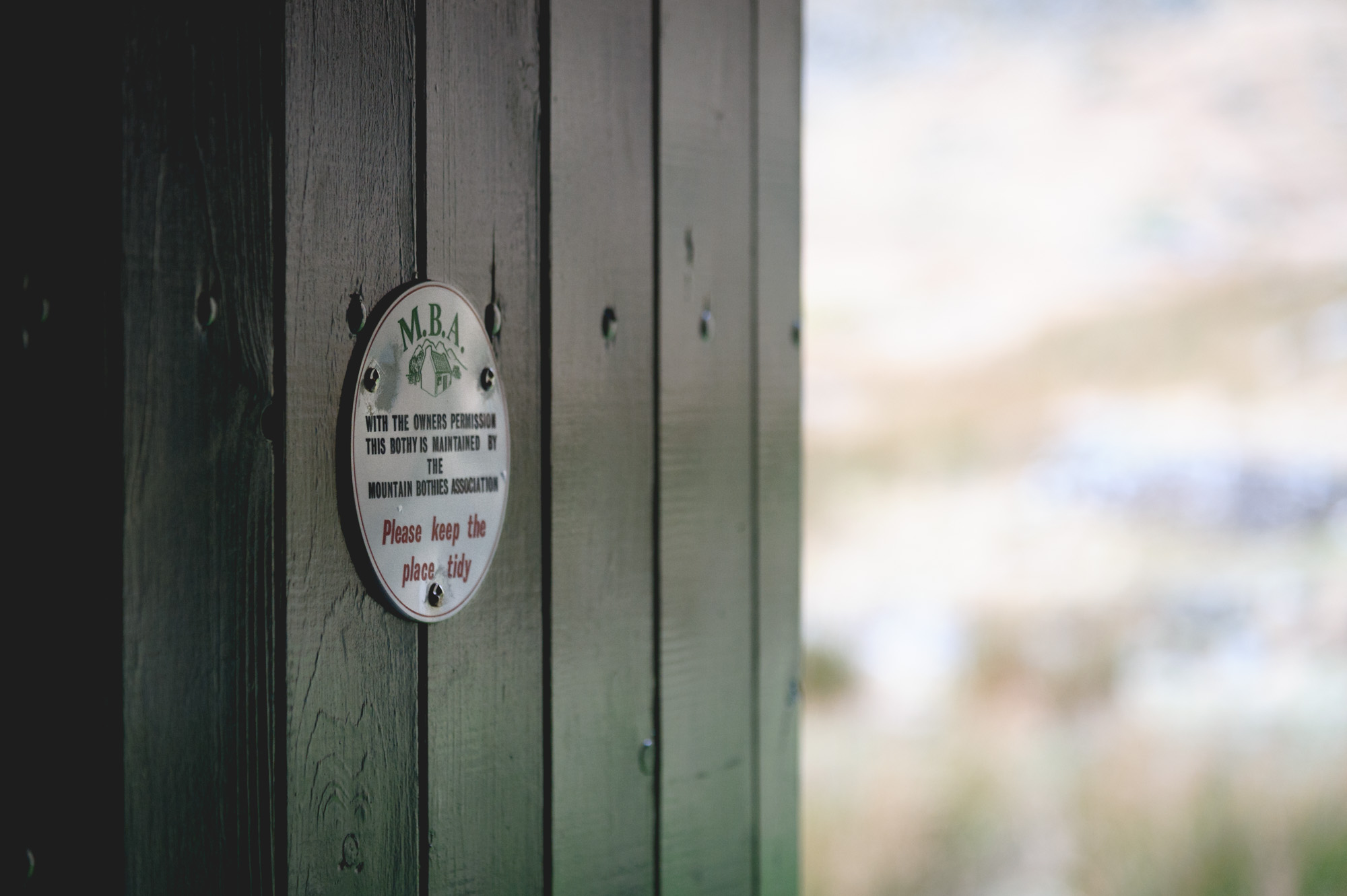 RV – There’s a lot of talk about the new intake of riders from trail centres who aren’t used to unsustainable natural trails.

AMcK – The pace, the influx of people interested in riding mountain bikes is growing faster than that acknowledgement of ‘if I ride here, and like that, then this happens’. I think the demand, the participation, is going up at a far faster rate – we’re taking more toll on the land than we’re repairing it.

There isn’t a vehicle for riders to go and engage with the land and the landowners. We’ve got these national Take Care Of Your Trail days, where Developing Mountain Biking in Scotland [DMBiNS] is trying to harness the goodwill. A lot of us have been doing this anyway, but it’s giving it a name and a brand. It’s gone European and now Scotland beats other countries in terms of how much we care and how much we do to preserve the trails – how many metres fixed, how many volunteer hours…  So it’s positive. 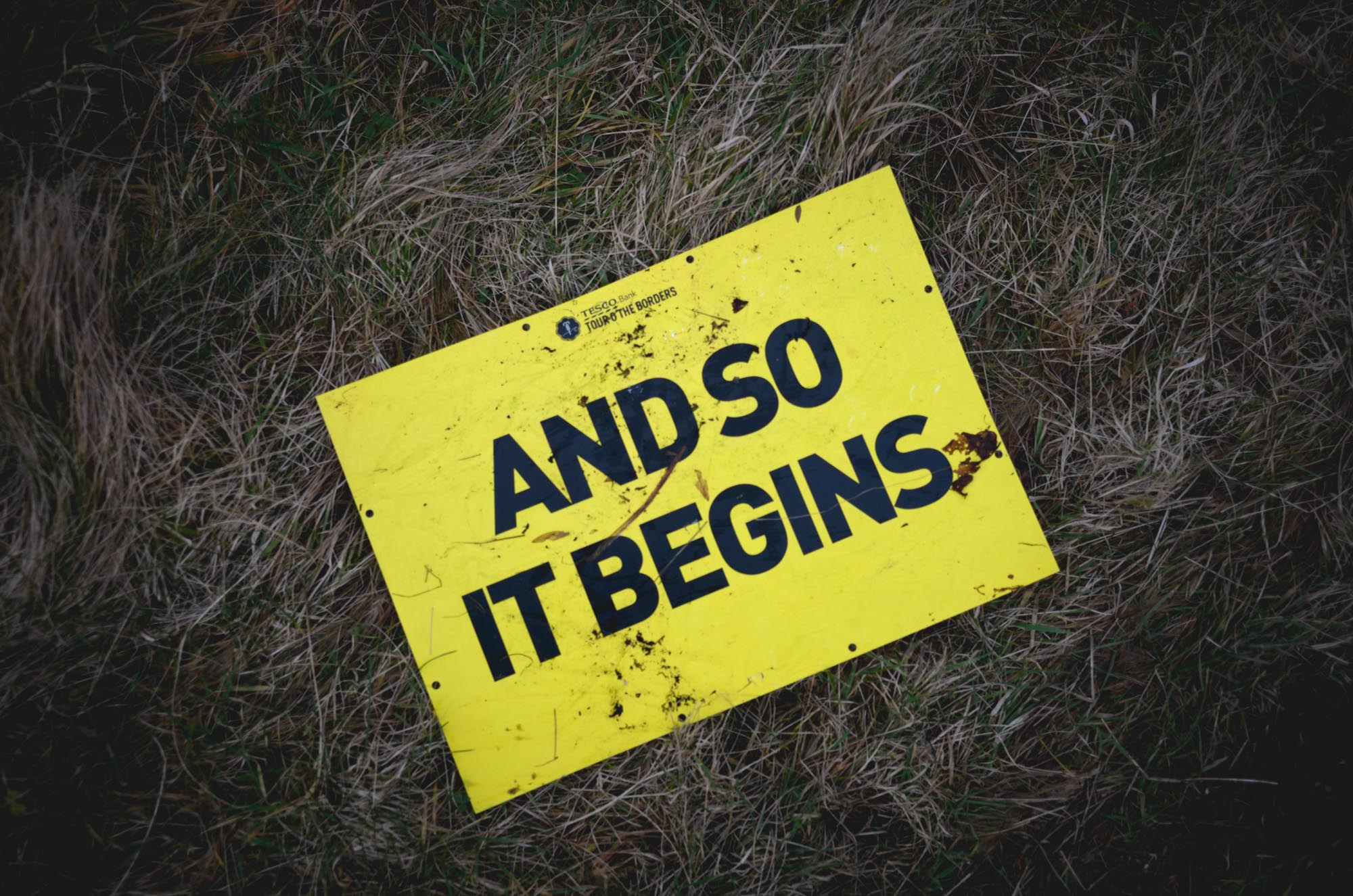 RV – Do you think more effort is needed though?

AMcK – So Frazer (Coupland, No Fuss Events) and the Forestry have moved things on quite significantly and locally we’ve got the Tweed Valley Trail Association [TVTA], which has just been constituted as a charity. The reason for doing that was so that we could engage with the forestry and landowners to maintain, develop, (and ultimately through trust and building a relationship) expand the network of trails in the Tweed Valley. We’ll remove liability from the Forestry as they have no money, but we’ll have insurance and work to a standard and get all the necessary credentials. We’re trying to keep all this very community focussed.

Now we’re constituted our hope is to tackle various projects that are overdue. It’s not very rad, it’s not very exciting, but it’s the reality of what is needed, you know? We’ve probably disengaged with a whole lot of people because this has taken so long but we hope we can pull them back in and do some good stuff – community trail days. Sure, we’re all doing our own secret this and that, the Tweed Valley is absolutely heaving with good stuff, but it needs maintaining.

Frazer has been working with the Forestry. It’s not been completely announced but there’s going to be a policy statement, and there’s going to be a template for event organisers and community trail organisations to engage with the Forestry Commission in Scotland. It’ll be a template that says if you want to develop new trails for an event or as a community, and if you meet the right criteria, it’ll be signed off. That’s happening now. No Fuss have helped develop this policy and is my personal hope that in future, their ‘template’ if nationally adopted and implemented, will help community trail organisations like TVTA, and like Aberfoyle and their trail association, to engage effectively and collaborate with landowners, and to do some good stuff. 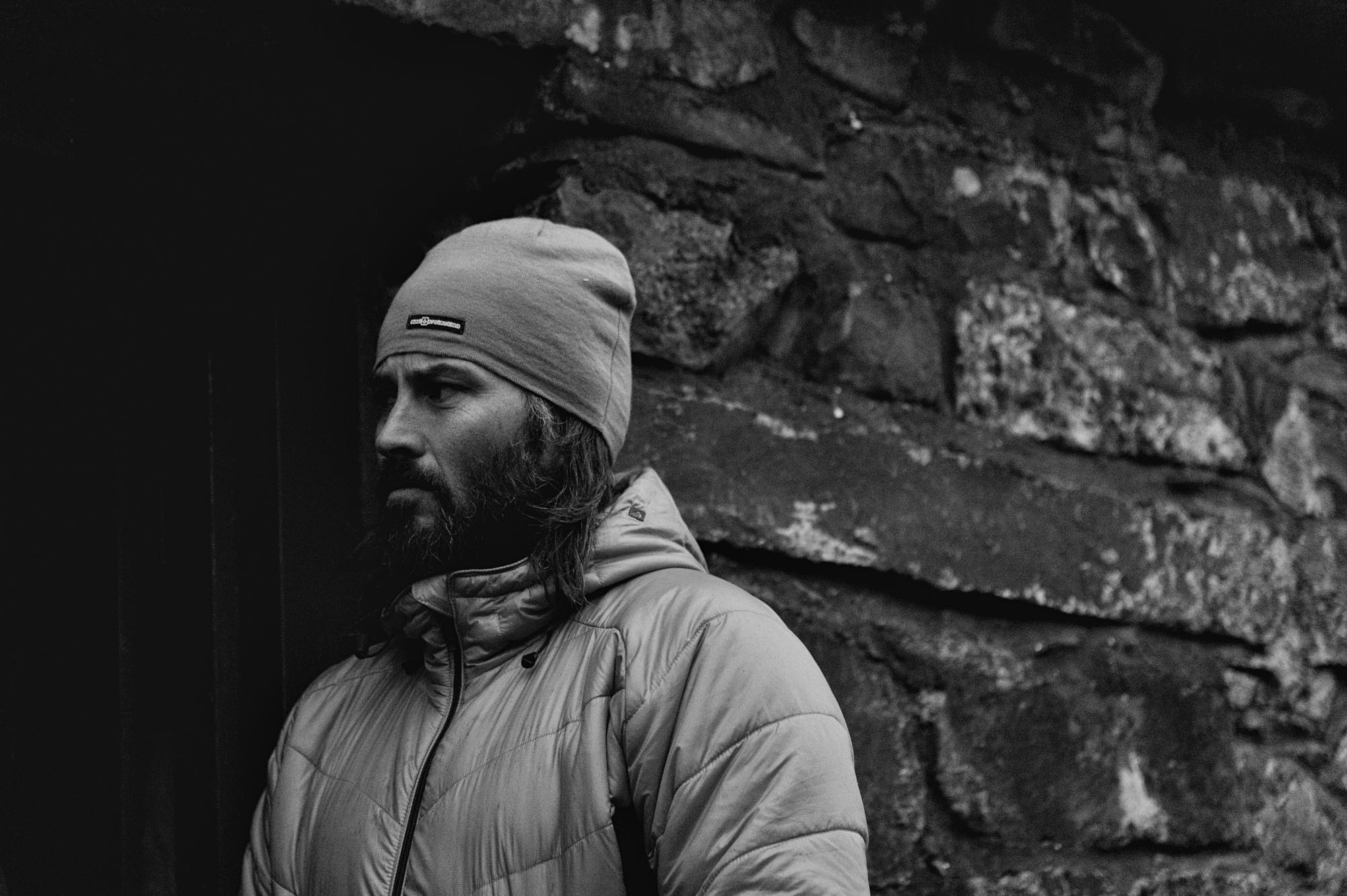 RV – Is it a certain type of rider that’s keen to get involved? Folk who’ve been around a while?

AMcK – I don’t even think it’s just people our age. Last year Peebles Outdoor Festival had some pretty brave talks from teenage trail builders – they were these amazing lads. If there was a forester or district manager in that room he must have been sweating in his seat. These were the most lucid, passionate kids doing amazing stuff, they just want someone to go to in the Forestry Commission but they don’t have that, so they just go and make big gap jumps with old bits of pallet. It’s just ‘calm down on the built stuff you know’, keep it a bit more natural.

So there’s all ages who want to get involved, kids – dogs, mums, dads, there’s definitely a will. In fact Scotland probably has too much mountain bike interest, too many groups, which makes them all a bit small and ineffective. There’s great scenes all over the place, but in terms of making sustainable trail infrastructure we almost need to come together nationally, which I guess DMBiNS is trying to achieve with its Take Care of Your Trails weekends. 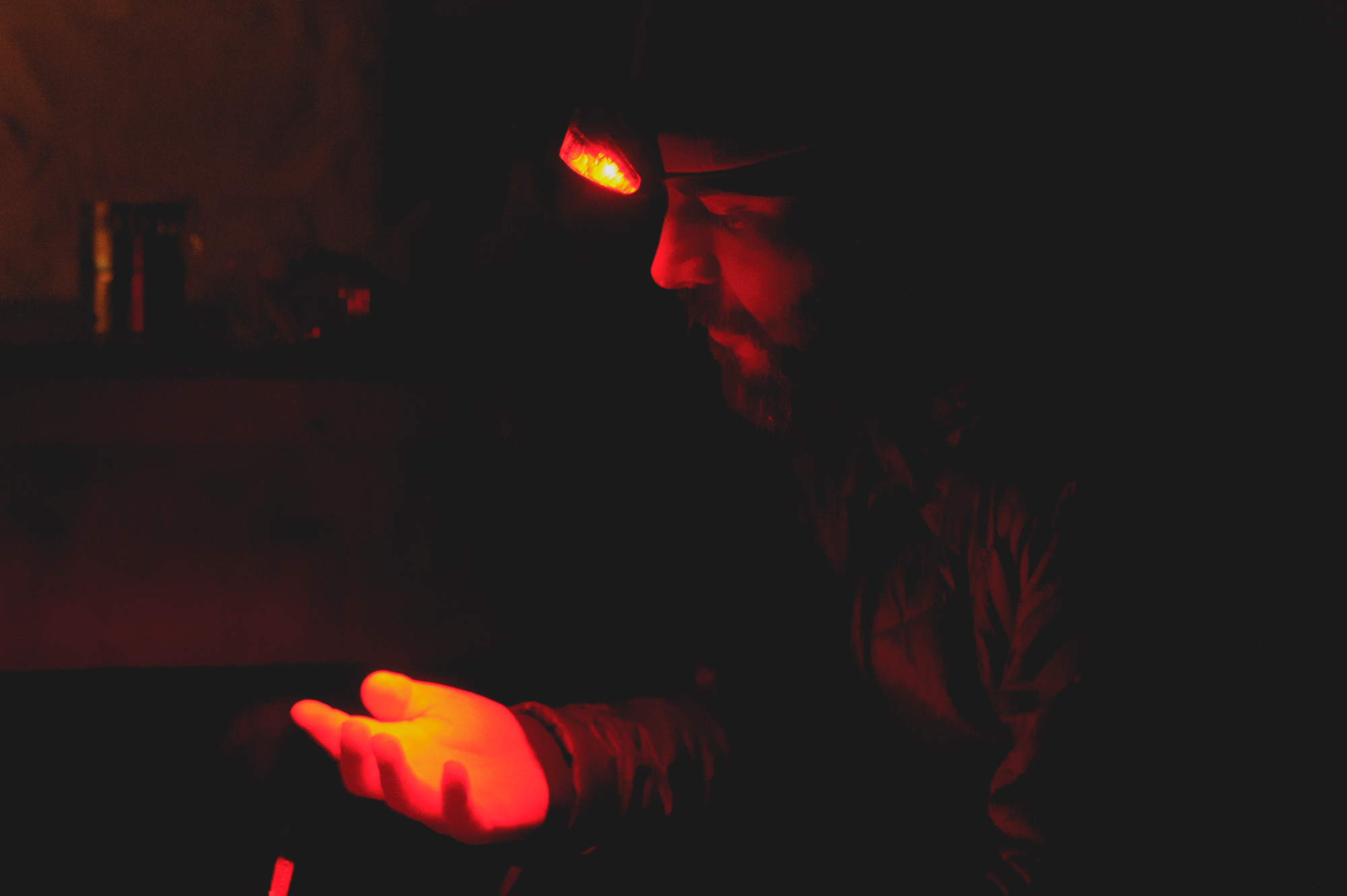 RV – Scotland is generally seen as the nirvana for mountain bike access.

AMcK – I wonder if that comes from the fact that our current land access policy is so liberal? I can’t believe I’m saying this as I used to use that as a real carrot to come to Scotland. I think we might have too many rights and not enough responsibilities where land access and use are concerned. A lot of people seem to use the fact we can go anywhere, as long as we’re not scaring animals, damaging crops or threatening property. Scotland has a lot of landscape and we all feel we can go where we want and do what we want, but there’s a lot of interest in trail sustainability because there needs to be. While the land access laws allow us to go and do, it is creating conflicts and erosion – issues that do need a solution. 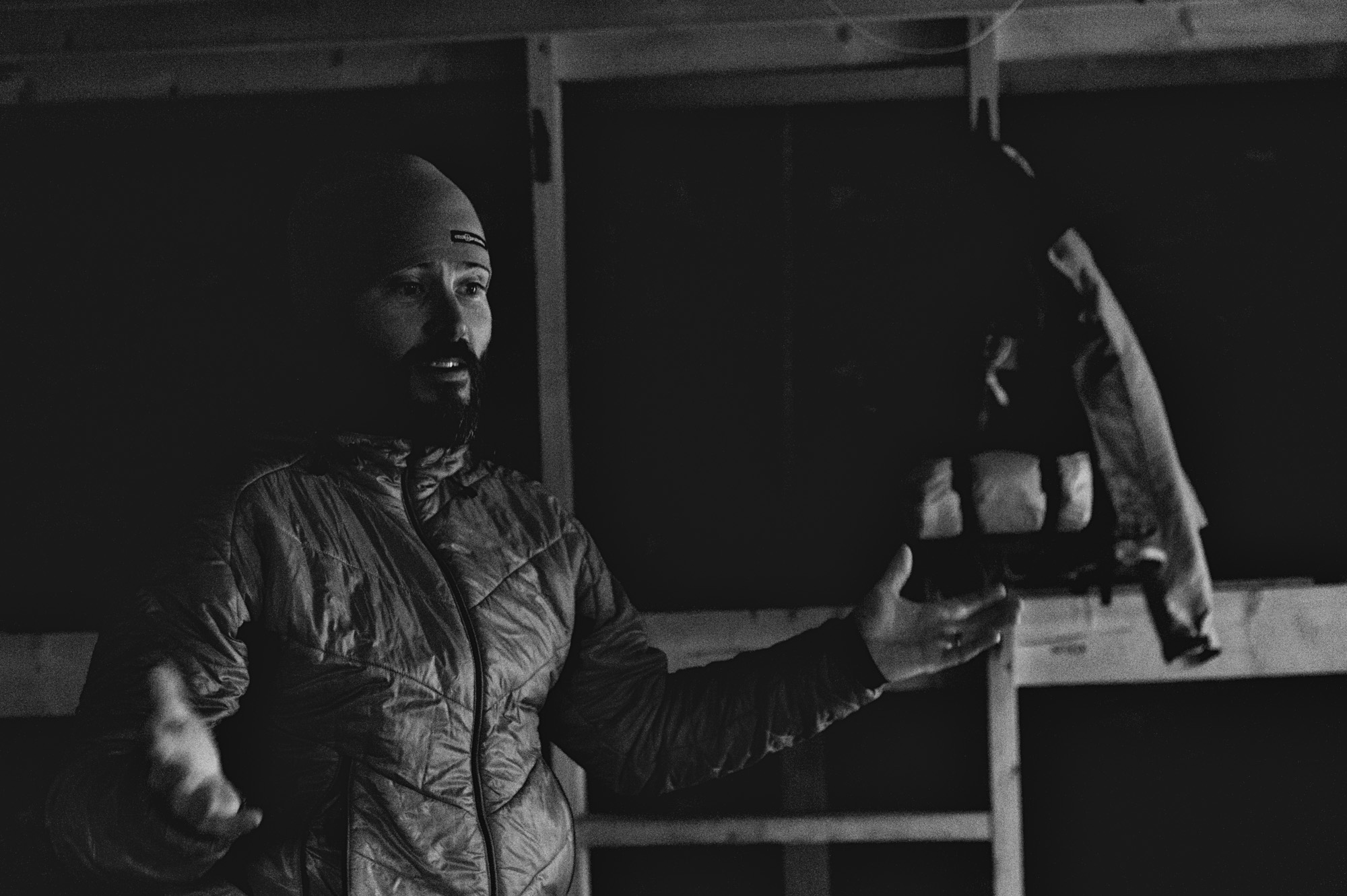 AMcK – We don’t actually do a lot of the classic traditional routes for that reason and a lot of customers don’t want to ride fork crown deep in bog. There’s an element of hike a bike, a quotient where it’s all ‘yeah!’, but there’s striking a balance over the course of a week.

People think ‘Oh yeah, I just want that epic shit that’s on that Steve Peat video’, but they don’t. They’d feel brutalised if they were given that for seven days – their bike would be broken and chances are they would be too.

Part of that involves us avoiding certain schleppy bits that have been murdered [by overuse]. We purposefully avoid them and if other companies are taking folk there they should be asking themselves why. I really, really want folk to explore other parts of Scotland – spread the footprint. That corner of Scotland really needs a lot of love.

The hydro schemes in Scotland are opening up areas where you may have had a quite tough schlep across a moor to get to a glen to get to a bothy before. There’s a lot of money in hydro so estates are putting tracks in, if you look at the Highlands now compared to ten years ago so of these new tracks are providing access. Not always incredible access though – all too often they are left as wide open visual scars, changing forever the character of glens and wild spaces. A balanced approach to hydro development is essential to maintain our beautiful landscapes and natural habitats and to meet the needs of communities and landowners. That’s something we’re keen to see happen. 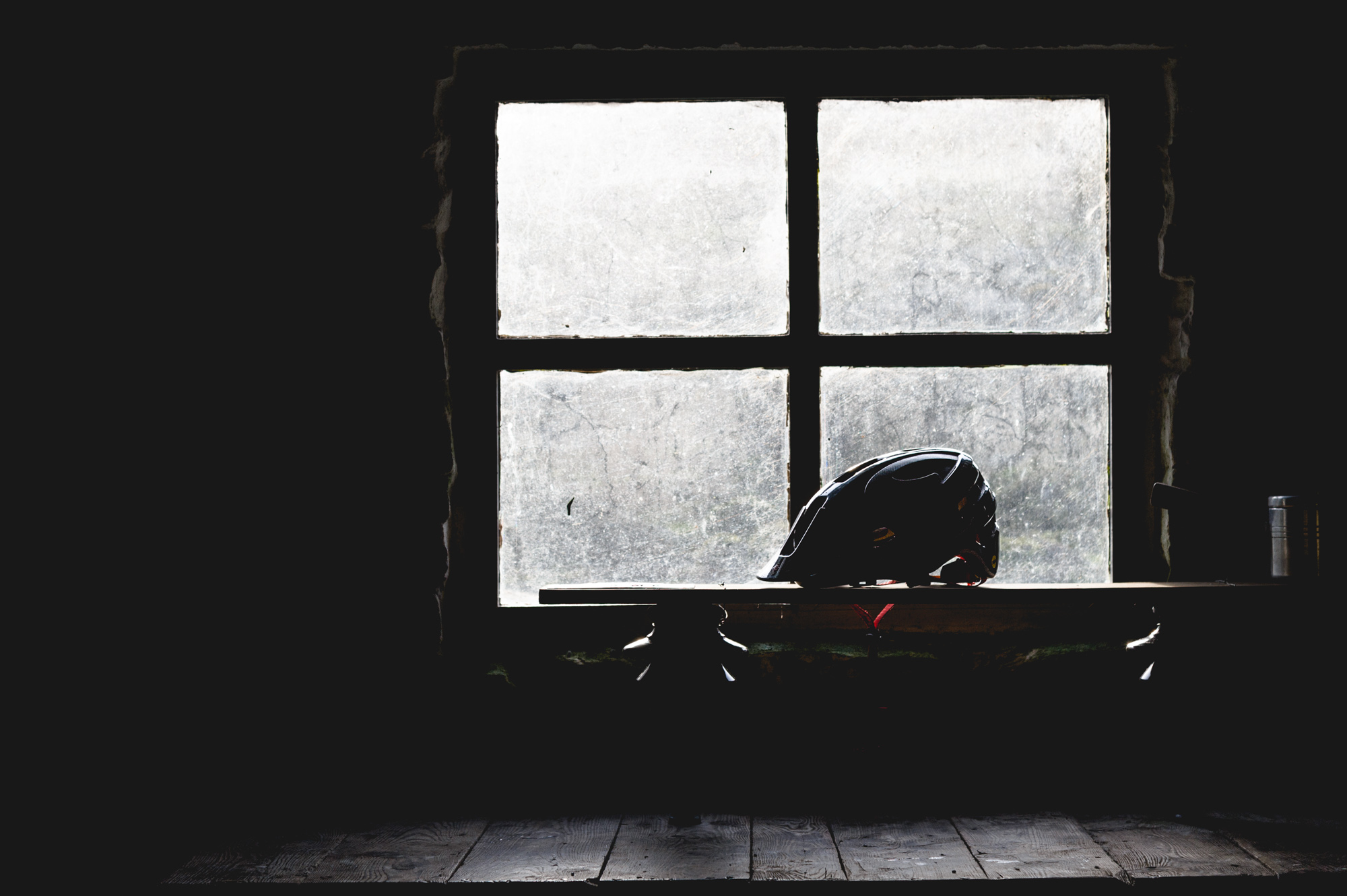 RV – It seems that better access into upland areas is a good thing, but needs approaching with some sensitivity.

AMcK – Bikes are so visible. Bikes produce a level of harm like everything, but it’s so visible whereas the footprints tend to wash away. A bike track tends to produce that deeper visual groove and that’s what sticks in people’s heads.

The only way to offset that is to get more people getting their hands dirty with a bit of time and energy. But the only way to do it is either covertly, and it’s only going to be a small group of those who you trust which is great in its own right, but if you want it to come out from it being some kind of secret fight club and become genuinely participative and genuinely make a difference on a national level, then there needs to be some way of people engaging with landowners. So we’re not seen as the bad lads or the bad lasses.

It’s good when you have meetings with landowners and you see the penny drop that their perception of what and who mountain bikers are is off. We’re not all adrenaline junkies, some of us are genuinely concerned. 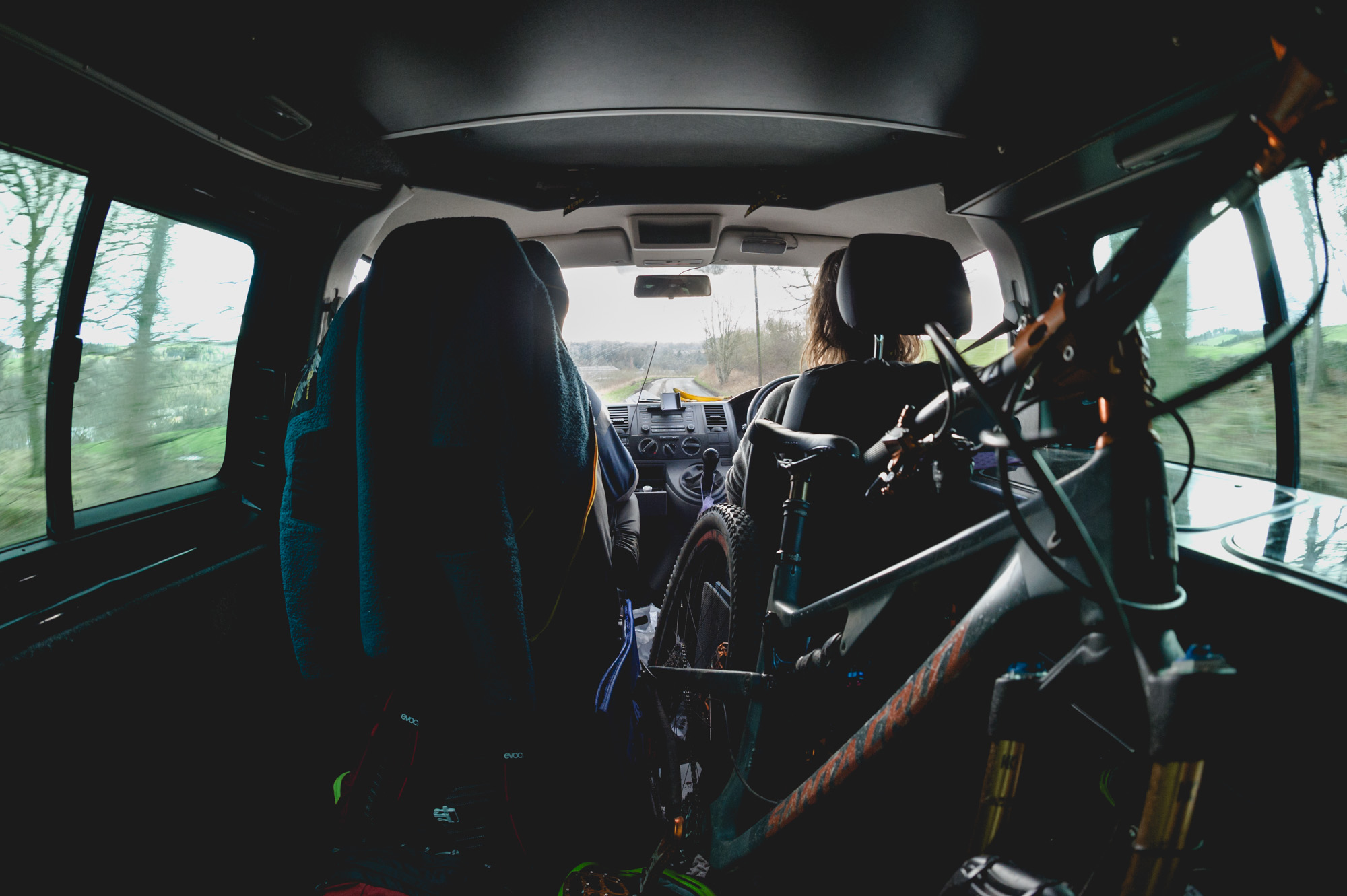 After much chat and a fair bit of port it’s time to hunker down for the night and let the bothy’s resident mice help themselves to our leftovers.

Erosion is an inevitable part of riding bikes off-road so we either avoid sensitive areas when they’re wet or, if we want to continue having good quality trails, we need to literally dig in and take on a bit of responsibility for their maintenance. Talking to Andy is seems like there’s a definite need for developing a mechanism that allows mountain bikers to easily get involved in the process of repairing and maintaining trails – without that the only way forward is to carry out stealth trail work.

Tune in next time when we look deeper into just how well community based advocacy can work.

Many thanks to Andy and Aneela McKenna for their help with this feature.