Words and photos by Dave Anderson

I’ve never really been one for road bikes, and race focussed cyclocross bikes failed to impress me either. They just didn’t quite match up to the type of riding that turns me on. I like to explore, I like a sense of freedom, I like to follow my nose down any inviting entrance that catches my eye. I’m easily seduced by a promising looking snicket or ginnel to give them their Yorkshire vernacular. I blame my lack of deferred gratification.

I want something that’ll spin along on tarmac easily enough, but isn’t averse to the odd excursion into dirt. I want something light and fast, but that’s not averse to becoming a beast of burden. I want all the benefits of mountain bike evolution – hub spacing, thru axles, disk brakes, a stable wheelbase and geometry. So I guess that’s what caught my eye with the Niner RLT9. 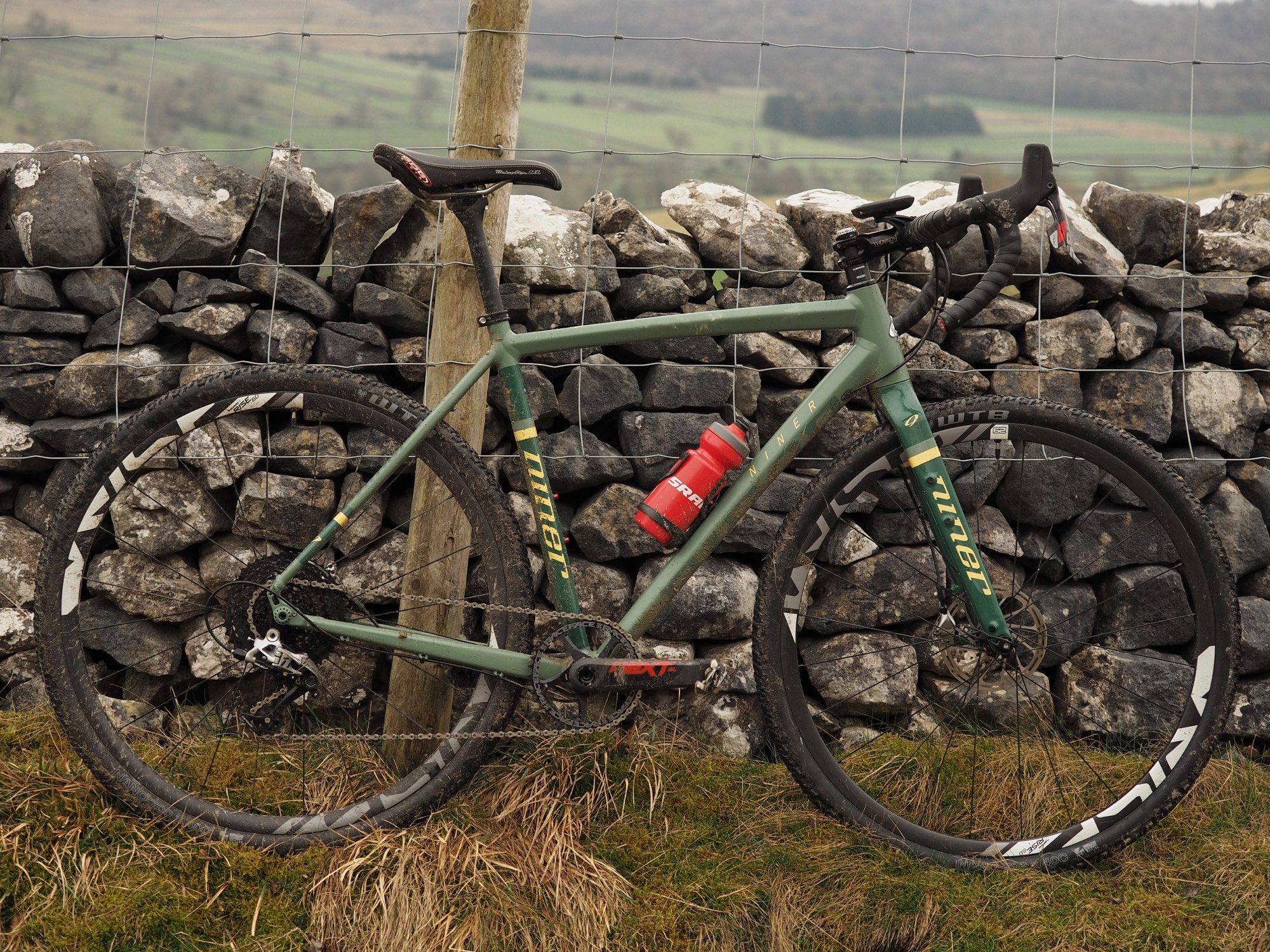 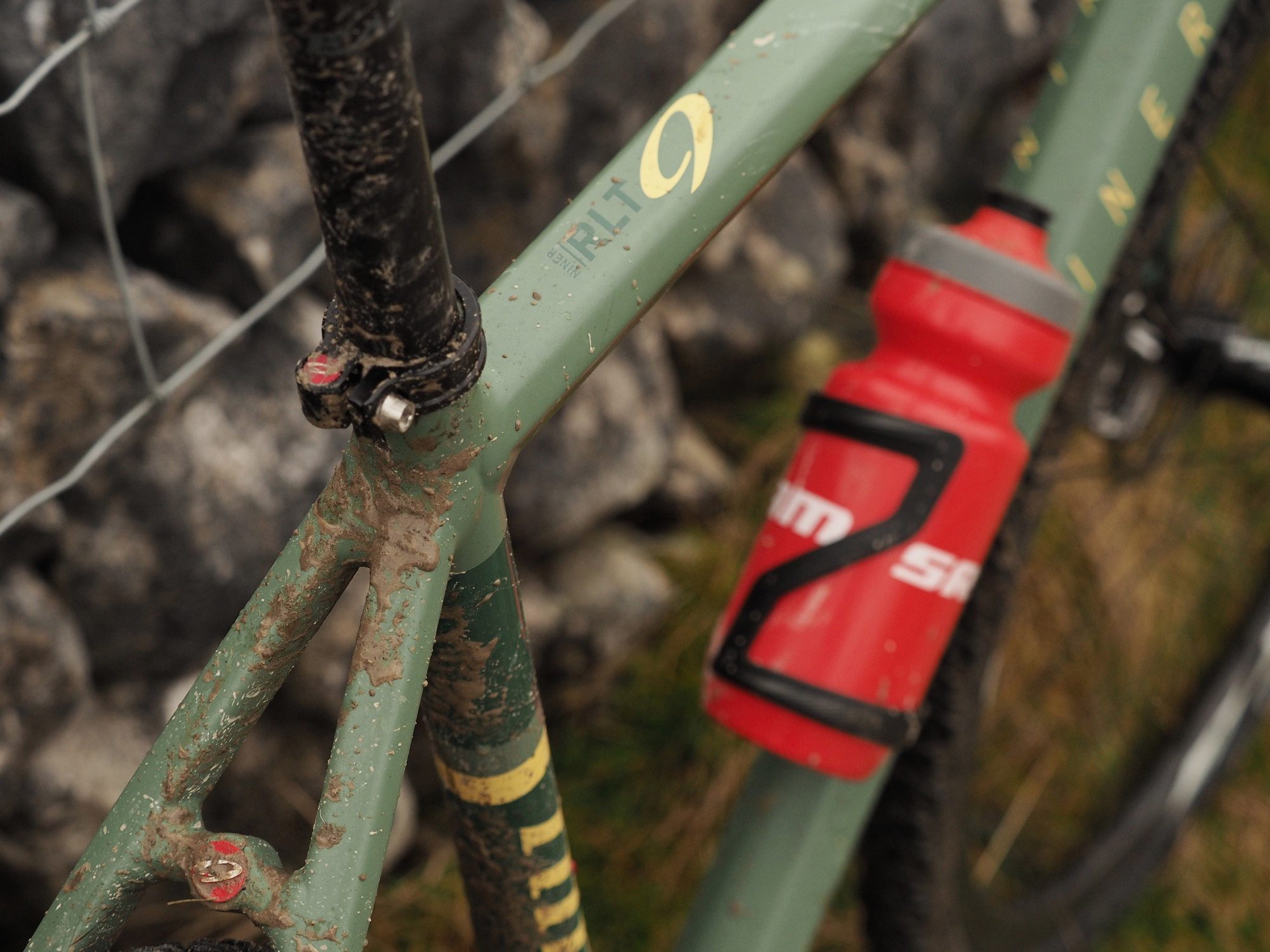 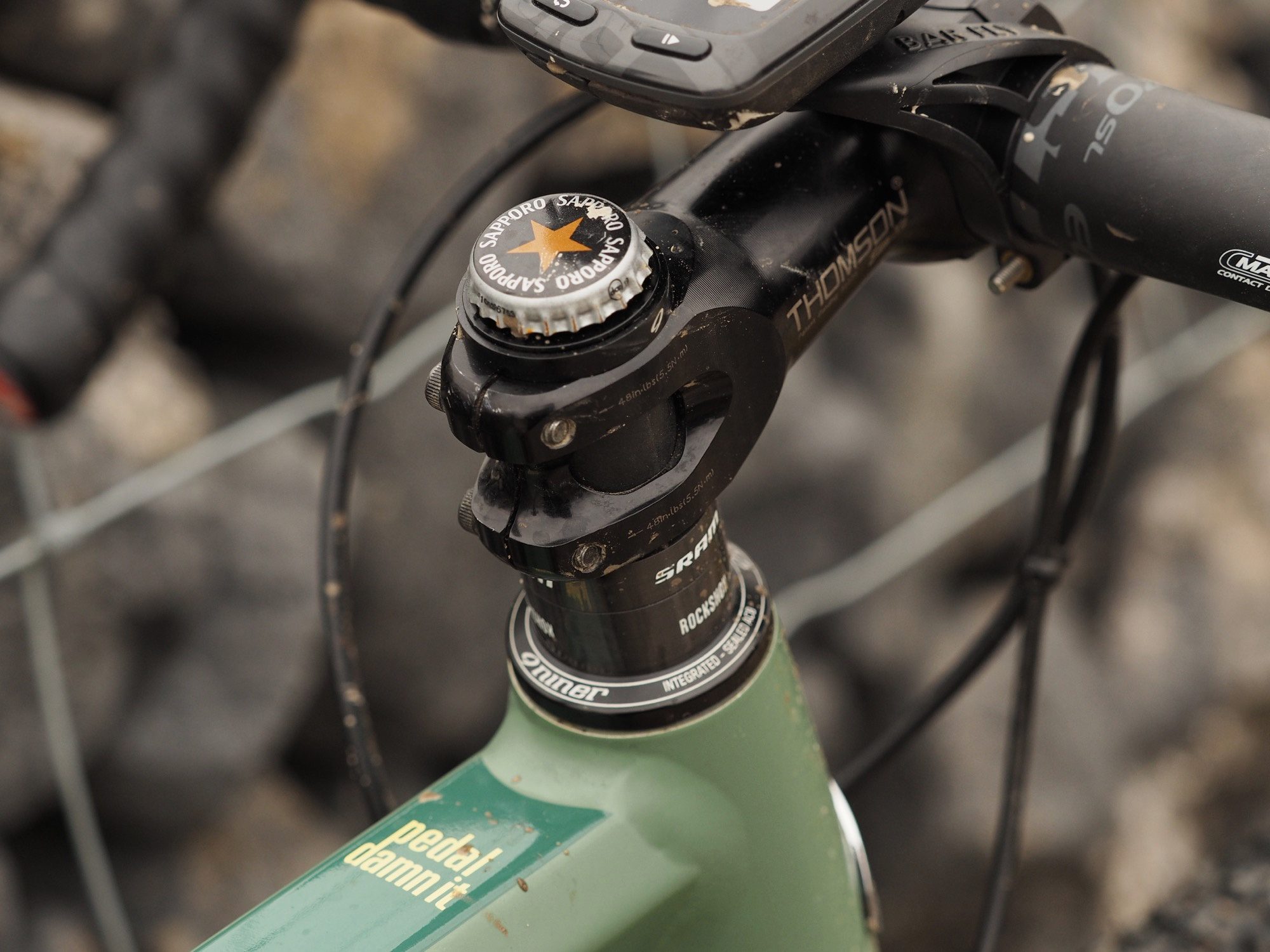 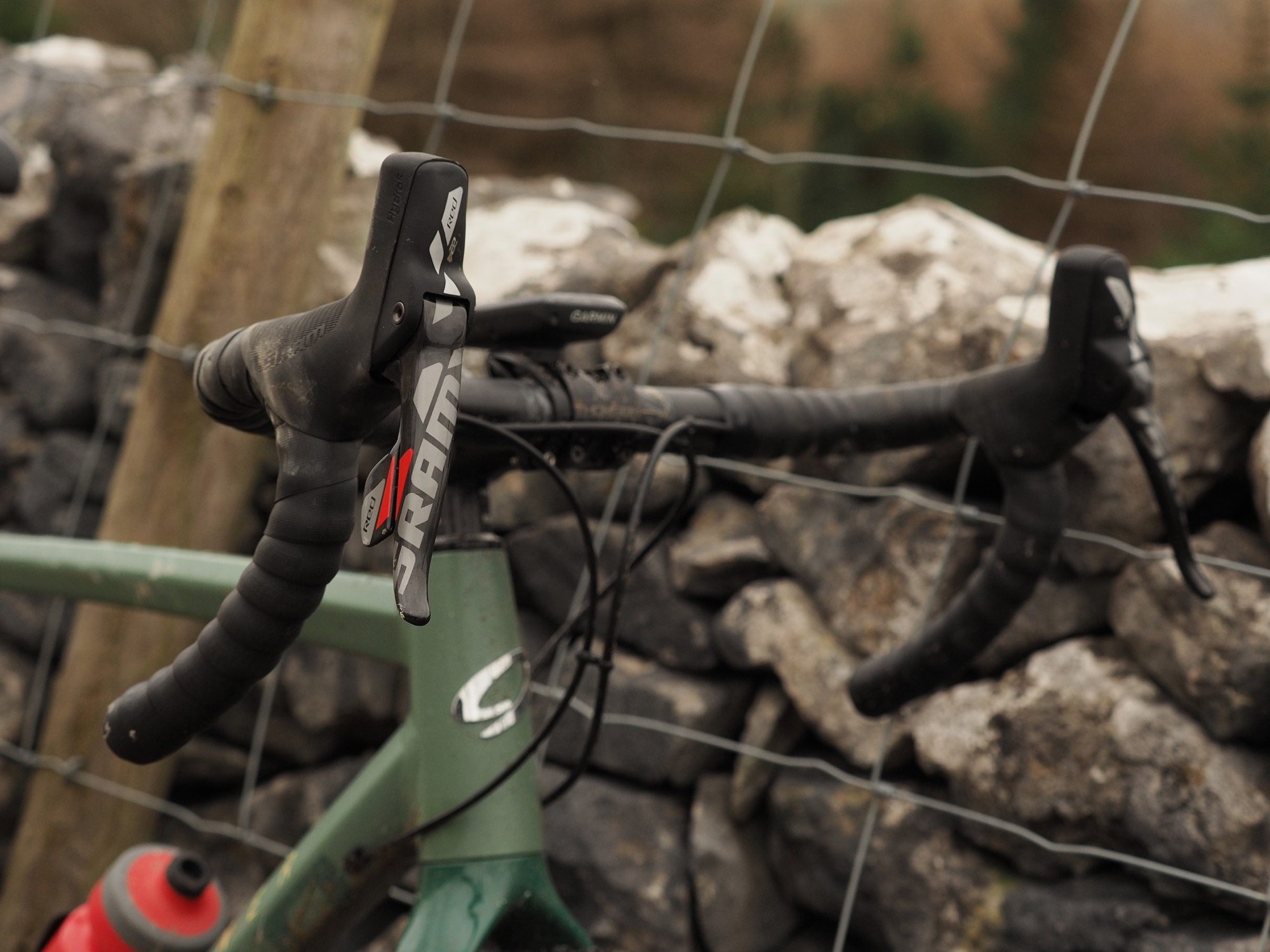 I guess the build was always going to be eclectic – part making use of bike test product from a previous life, and part tracking down components to build the bikes specific to our quirks and local geography. The result is pleasantly light and reliable. The drivetrain had to be 1×11 after years of using it on our mountain bikes and becoming so used to the silence and simplicity. To try and keep sufficient range for the inevitable local winching climbs we opted for wide ratio 9-44 cassettes, and so far haven’t found them lacking. I’m running a 40T RaceFace narrow/wide chainring up front. Shifting and braking duties are courtesy of SRAM Red HydroR, one finger braking is definitely the future of road bikes.

SRAM’s Rise 60 carbon wheels give a nice responsive ride and shape the WTB Nanos nicely. I’ve been impressed with the versatility of the tyres – happy to roll smoothly on the road, but equally confident at holding a line through a bit of mud when necessary. 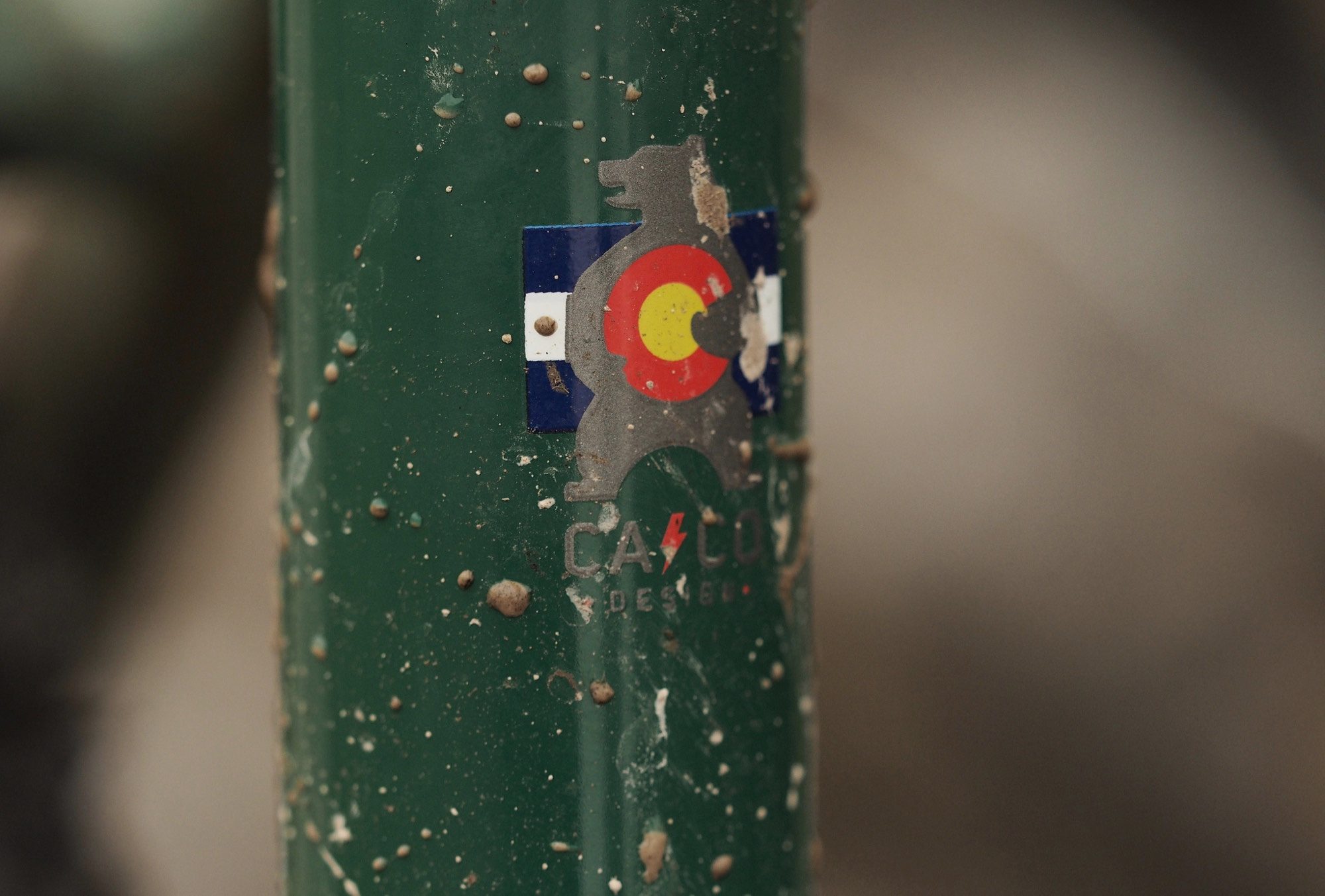 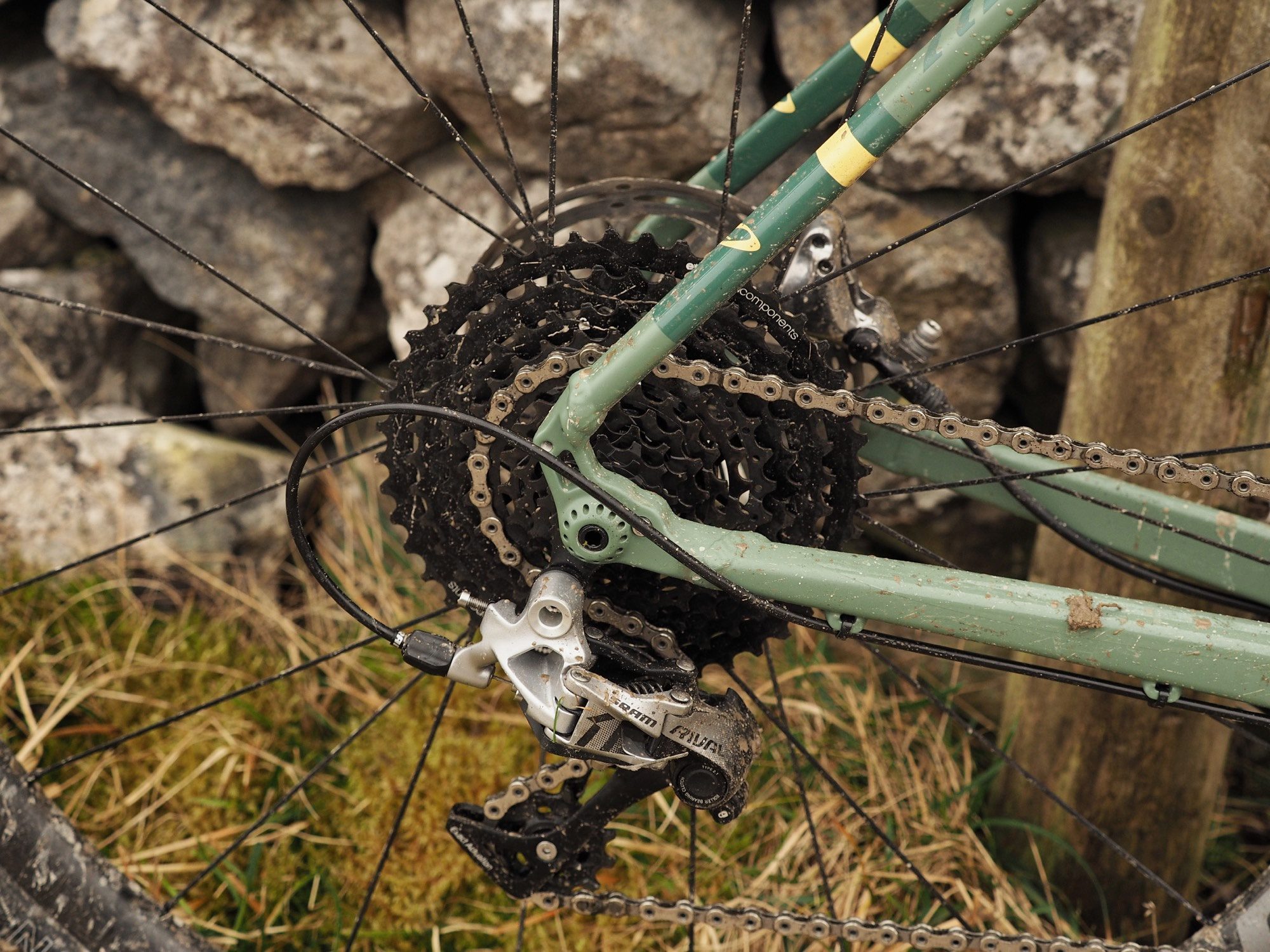 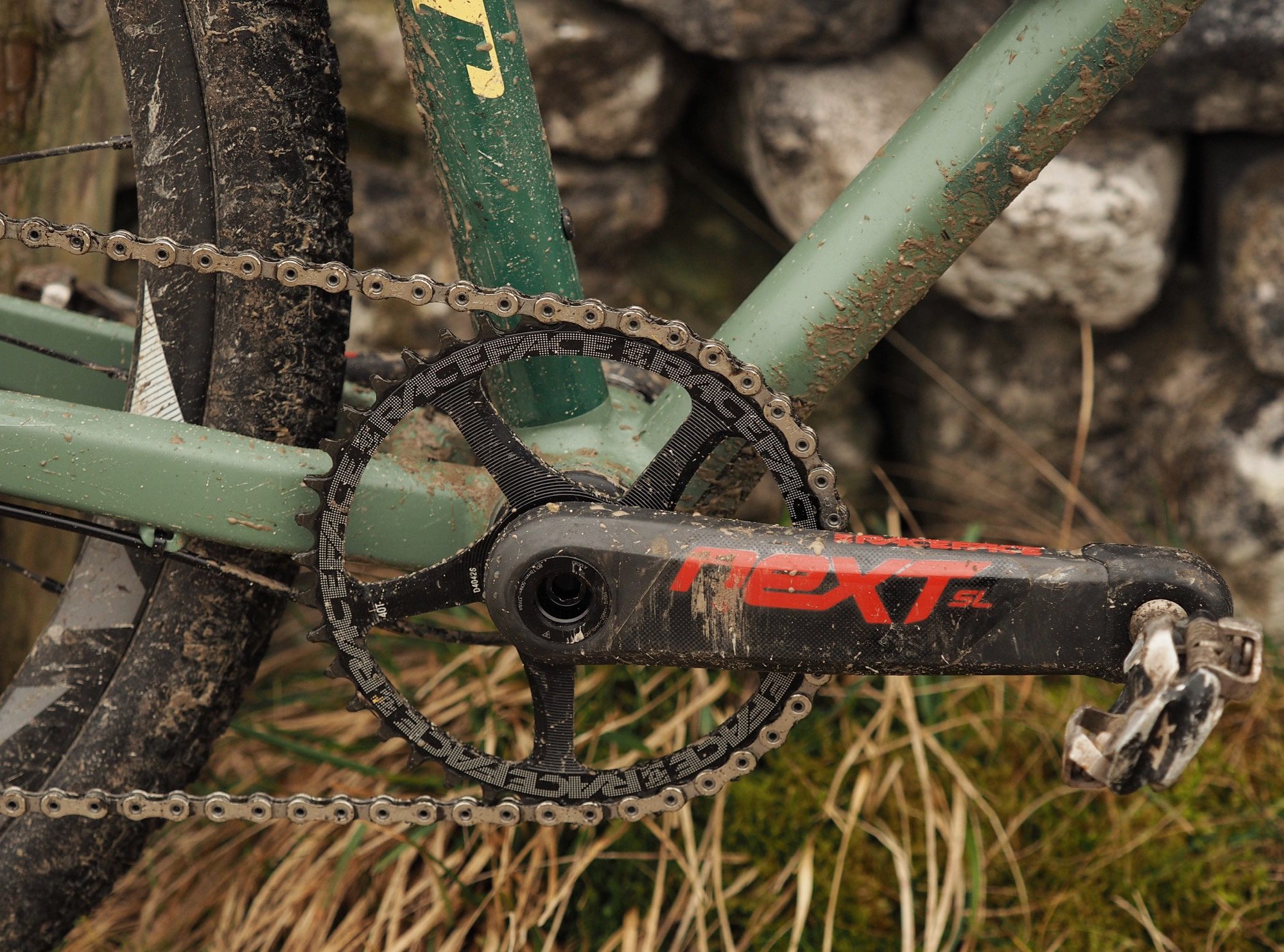 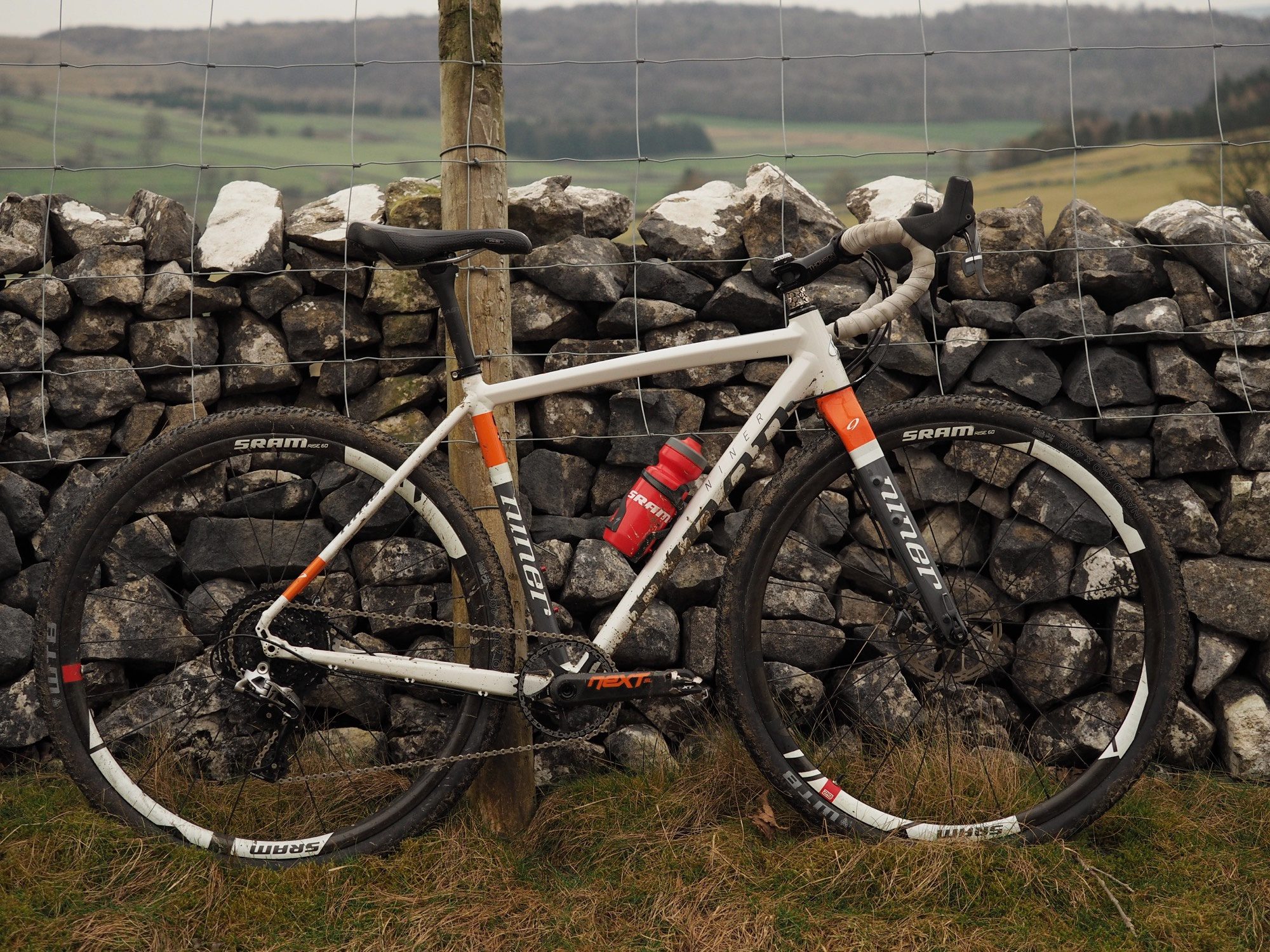 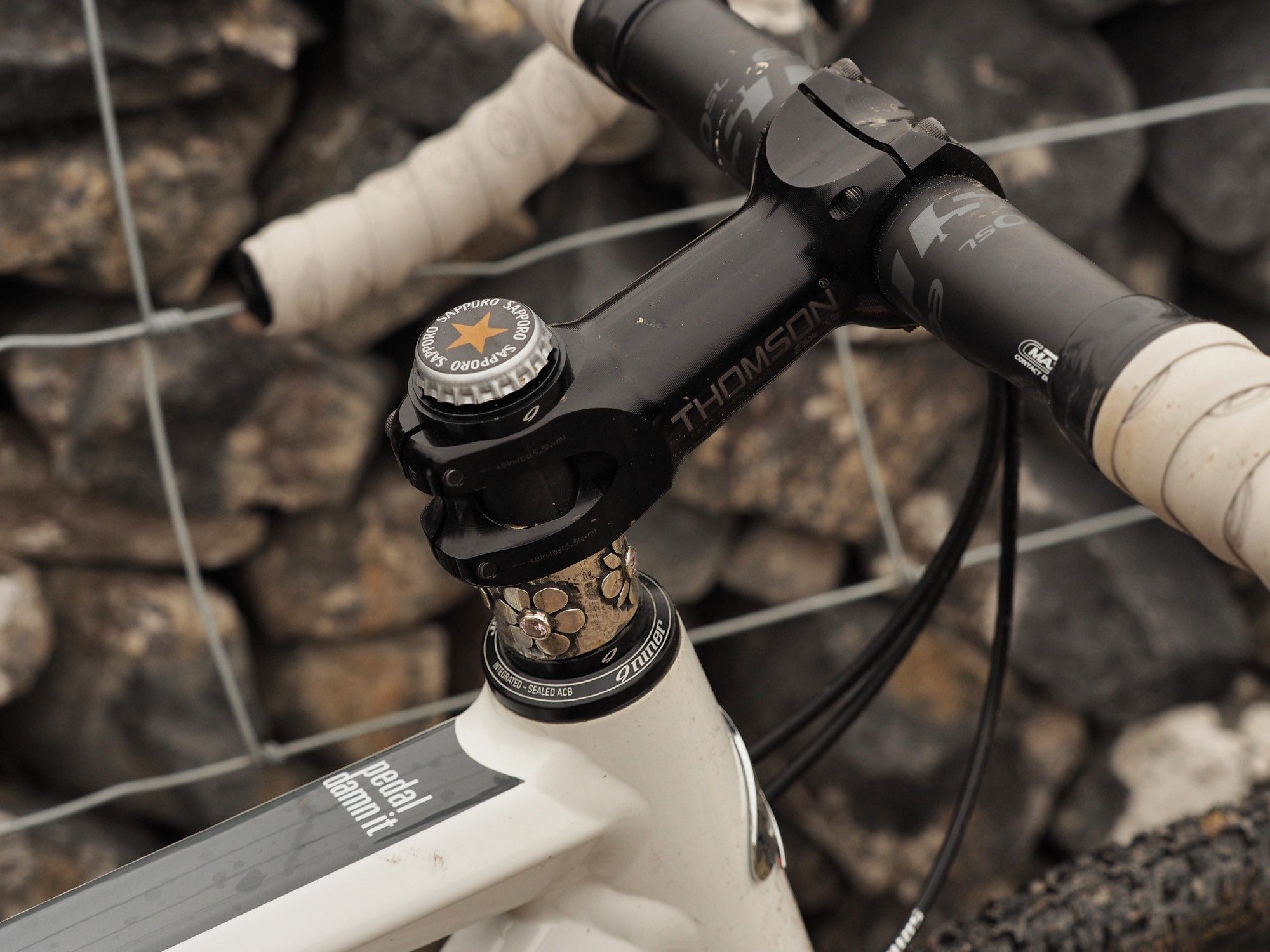 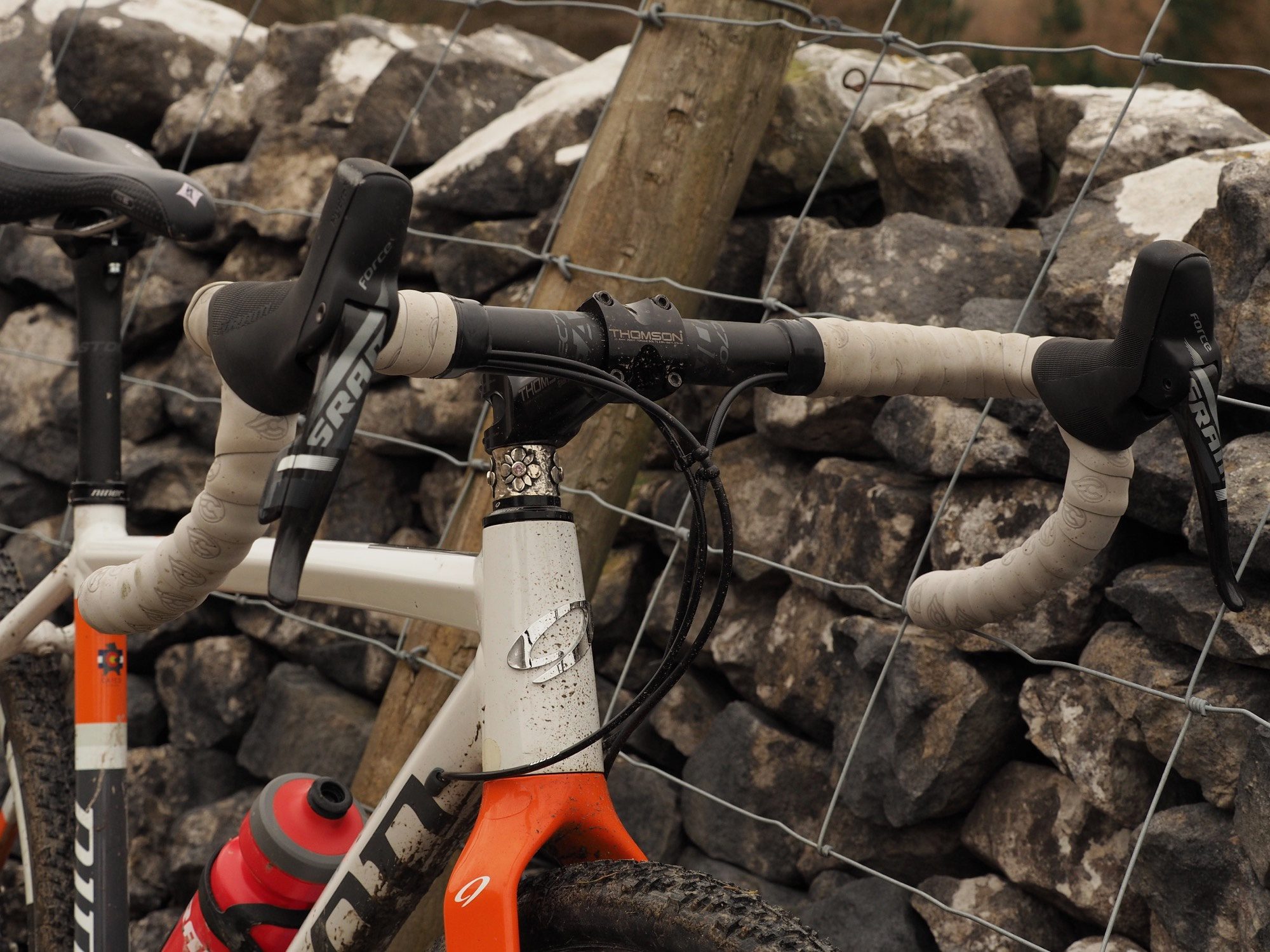 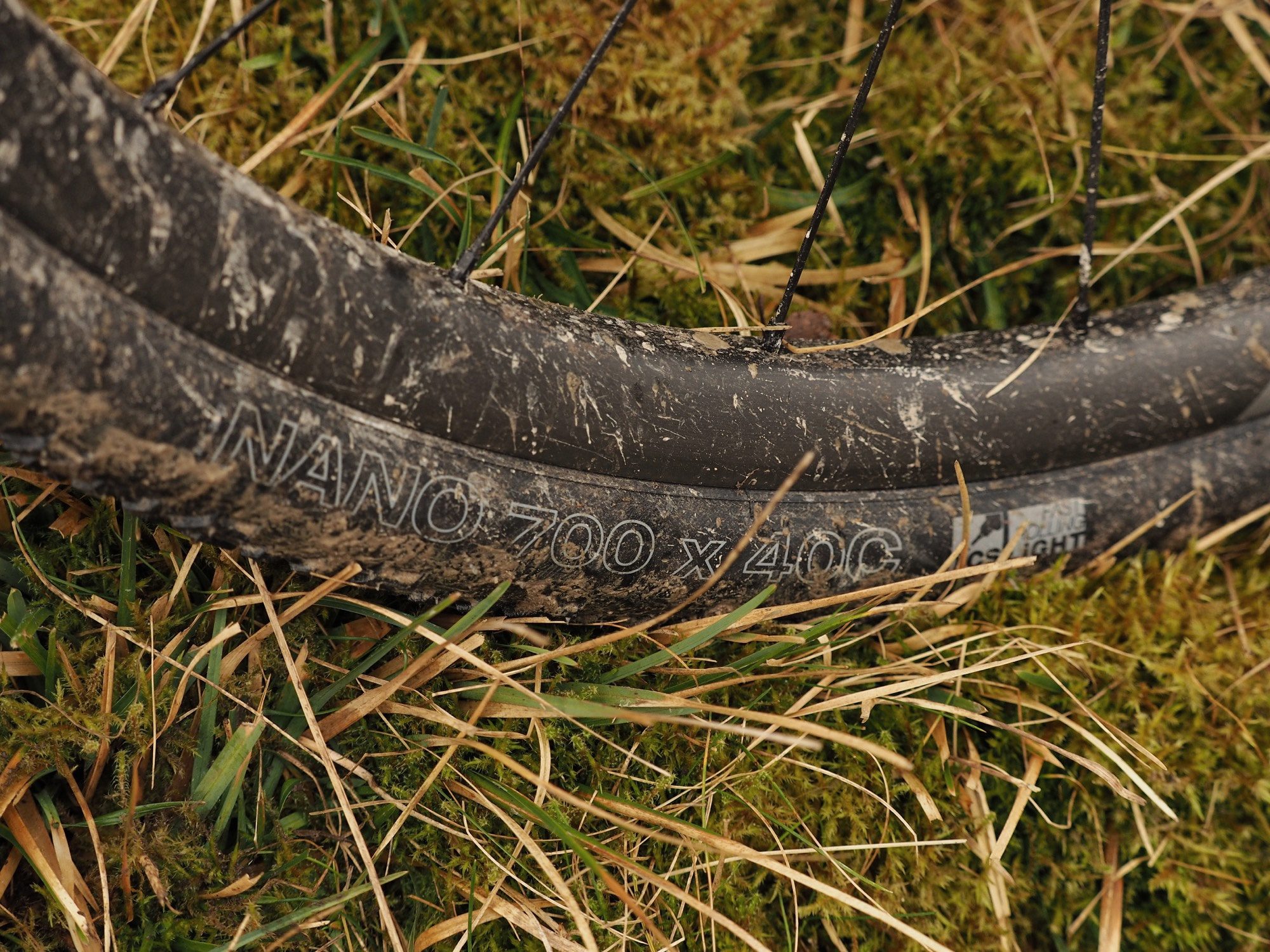 The build for Sharon’s bike largely replicates mine. The only differences being the previous incarnation of Rise 60 wheels, 38t narrow/wide, a 10 degree rise on the stem, SRAM Force HydroR, a female specific saddle and a little bit of bling thanks to that custom stem spacer. Easton’s EC70 range of carbon seatpost and bars does the low-frequency buzz killing on both bikes while keeping the overall weight down.

It’s fair to say they’ve changed how we plan our road rides now, taking an almost ‘enduro’ approach – a mix of tarmac transitions to get to the next stage of dirty fun-filled trail diversion. Each route composed of road sections planned to link to forest tracks, old drovers roads, and simple singletrack. Revisiting trails that seemed too tame, or dull, for modern mountain bikes, but that now make perfect sense on the RLT9. 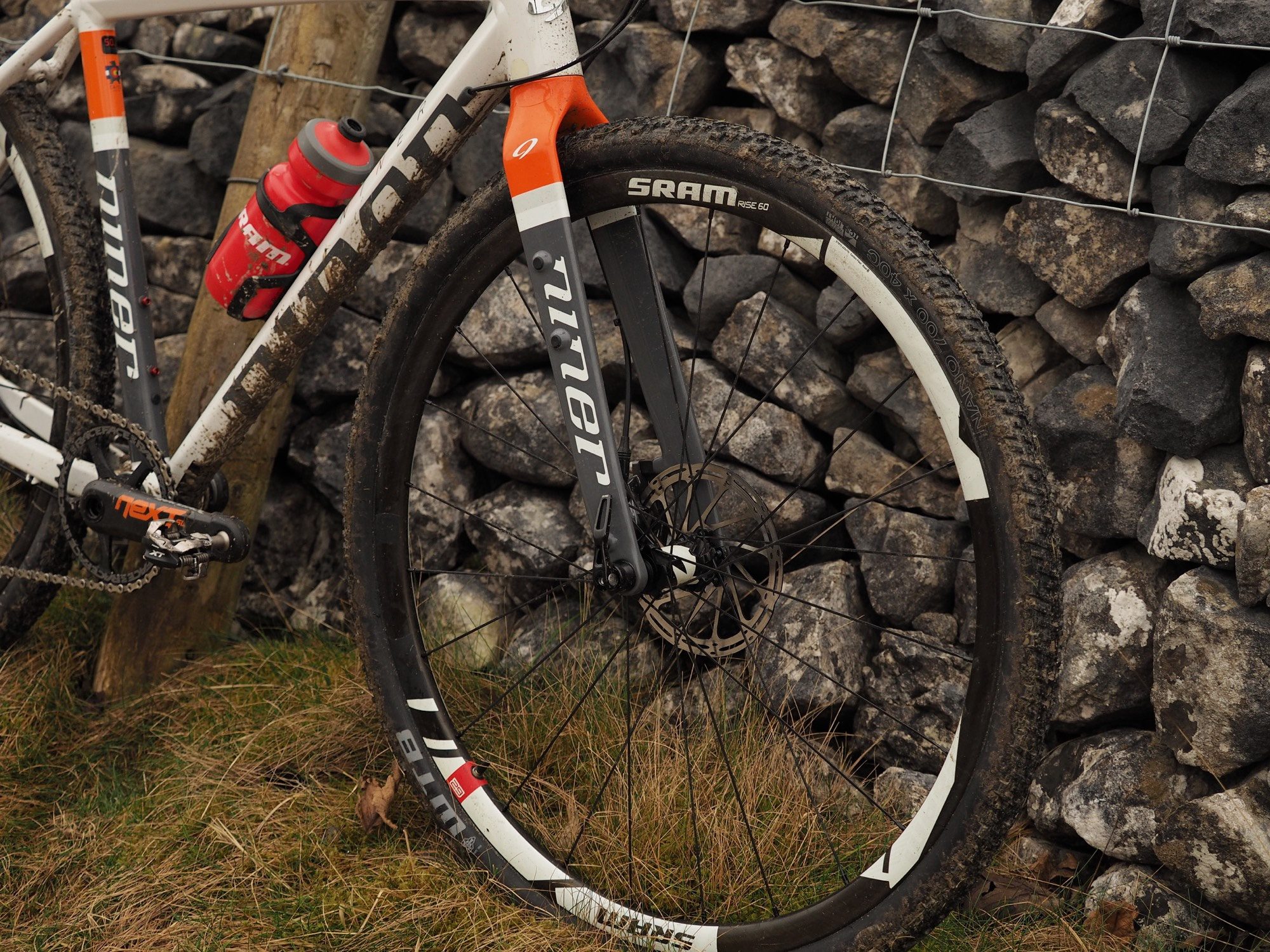 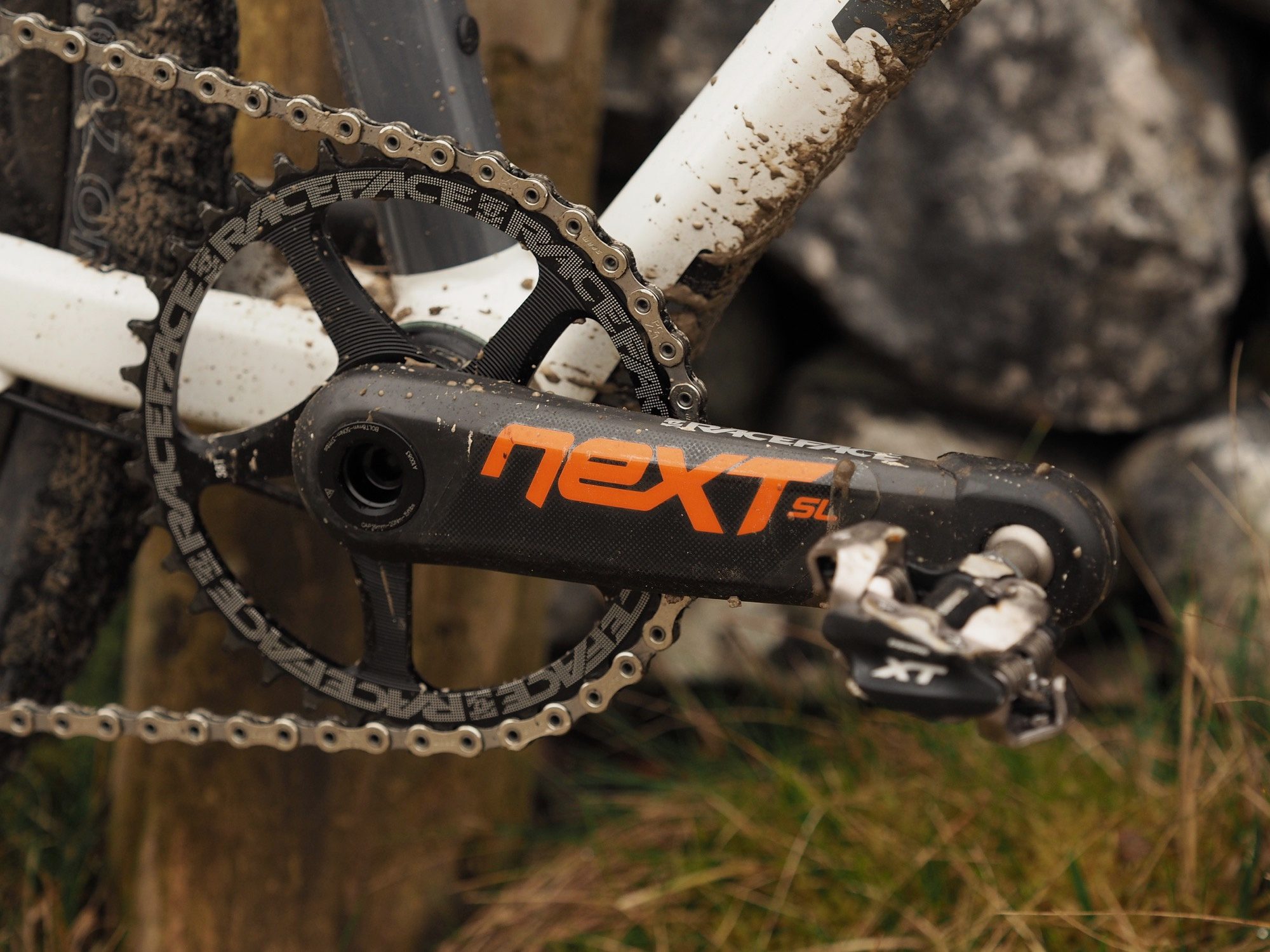 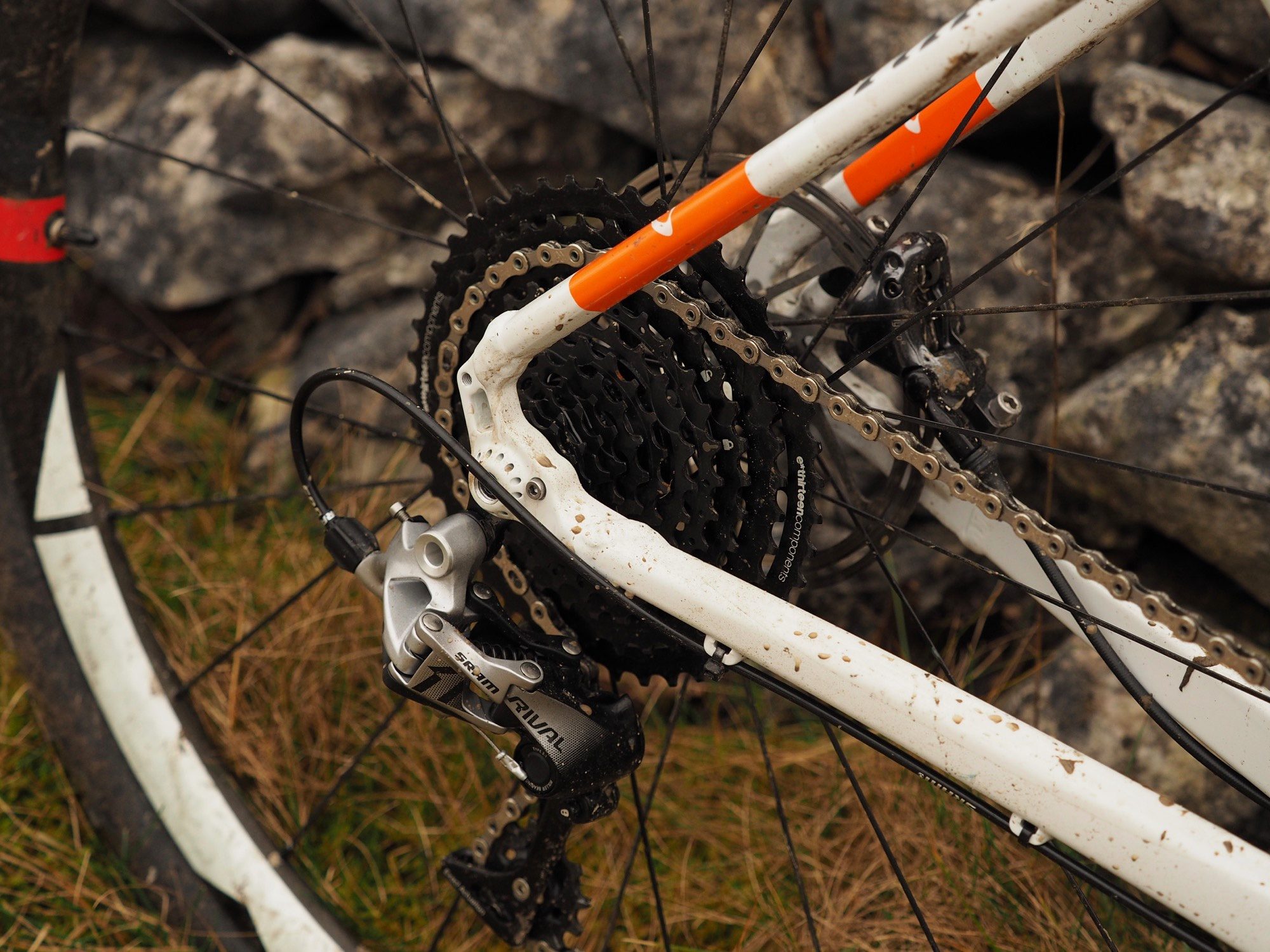 To sum it up? It’s the mountain biker’s perfect road bike. A familiar ride feel and handling to a 29er, but with the capability to mix up route planning with a view to hitting up any dirt opportunities that can be spotted from the roadside. An opportunity to revisit old riding venues, but also a renewed reason to explore.

Tour Of The Tarns