I don't train with a plan I just go with the flow. Most important to me is to enjoy the rides.

Having raced in only six Enduro World Series rounds Noga Korem has certainly made a strong first impression. She’s one of an increasing number of cross-country riders making the move over to race enduro, helping dispel the lazy cliché of the sport being for retired downhillers.

We met up with her in Ireland at The Coillte Emerald Enduro where she was looking to build on her fourth place in the overall standings having finished her first three races of 2017 in 14th, 4th and 3rd respectively. That’s an impressive set of results for any of the professional team racers, but even more so for a first full season, fresh on the scene unsupported rider.

While James Richards  gave her bike its first much needed service in six months, we sat down for a chat to find out just who is Noga Korem, and what’s her story?

I’m Noga Korem I’m from Israel, I live there, and I used to race cross-country until last August. In January I decided to race the full Enduro World Series, after last year doing two races in Valberg and Finale and really enjoying it. I was able to get some support from support from Giant Israel and some other sponsors who helped me. I’m kind of putting it all together, that’s me.

So I’m pretty much managing myself, shall we say? Me and Nathalie Schneitter are doing some of the races together, she introduced me to Tracy (Moseley) and James here. It’s very much go with the flow and it works pretty good so far. You need to pay a bit more attention to the details; like accommodation, food to buy and to cook, you have to do everything but it has become part of the adventure. I feel super lucky to know all these amazing people who are keen to help me. 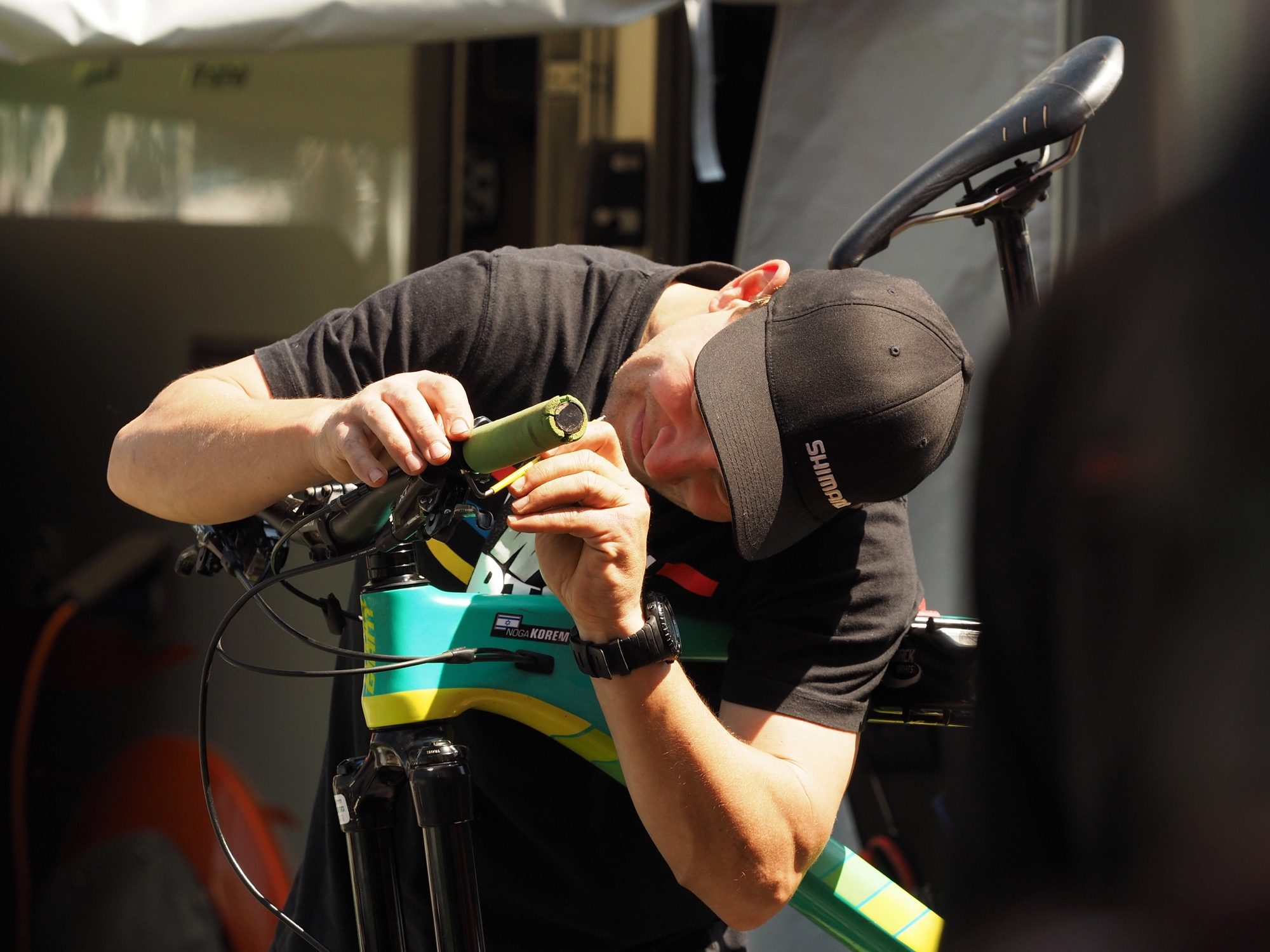 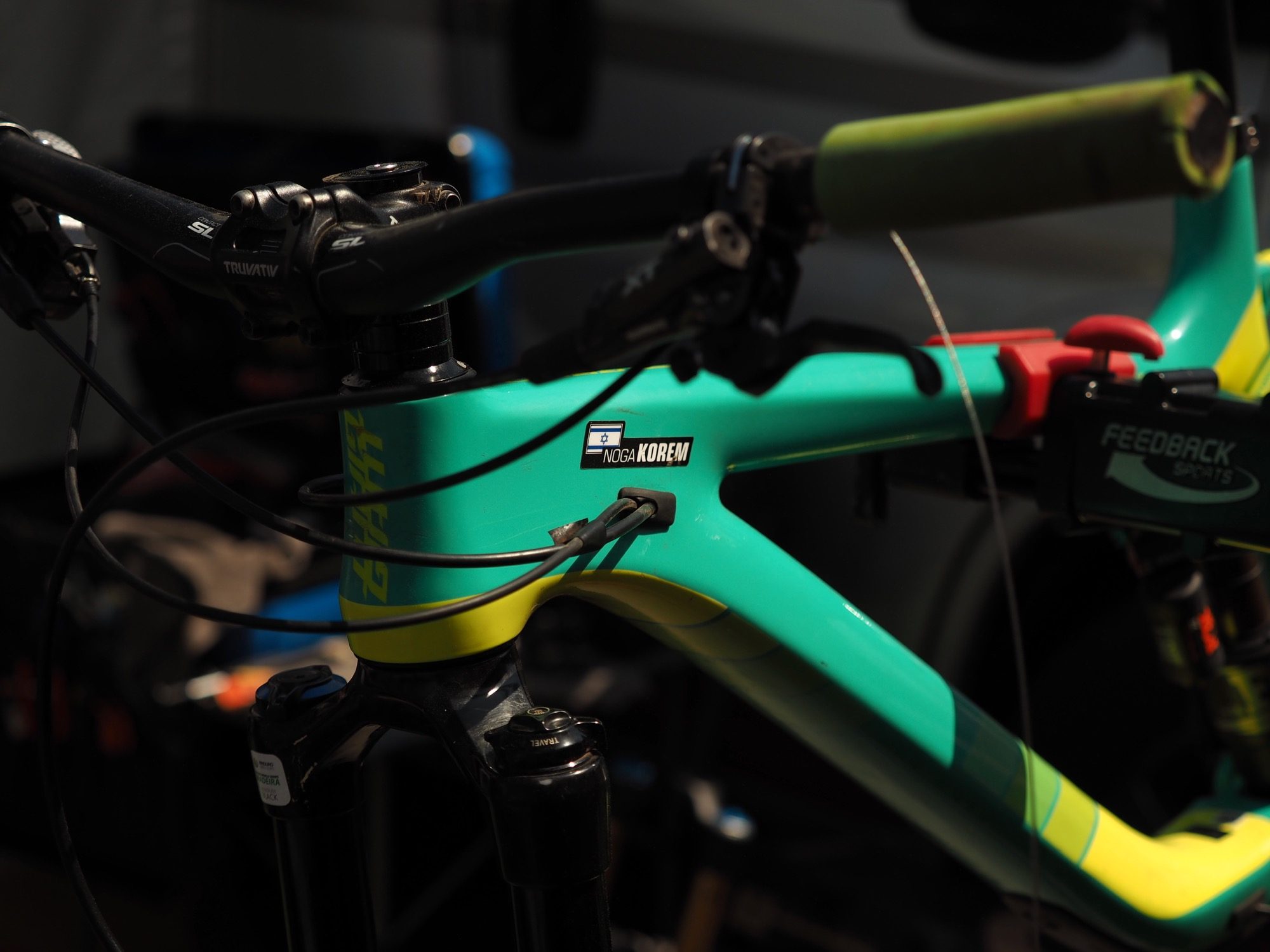 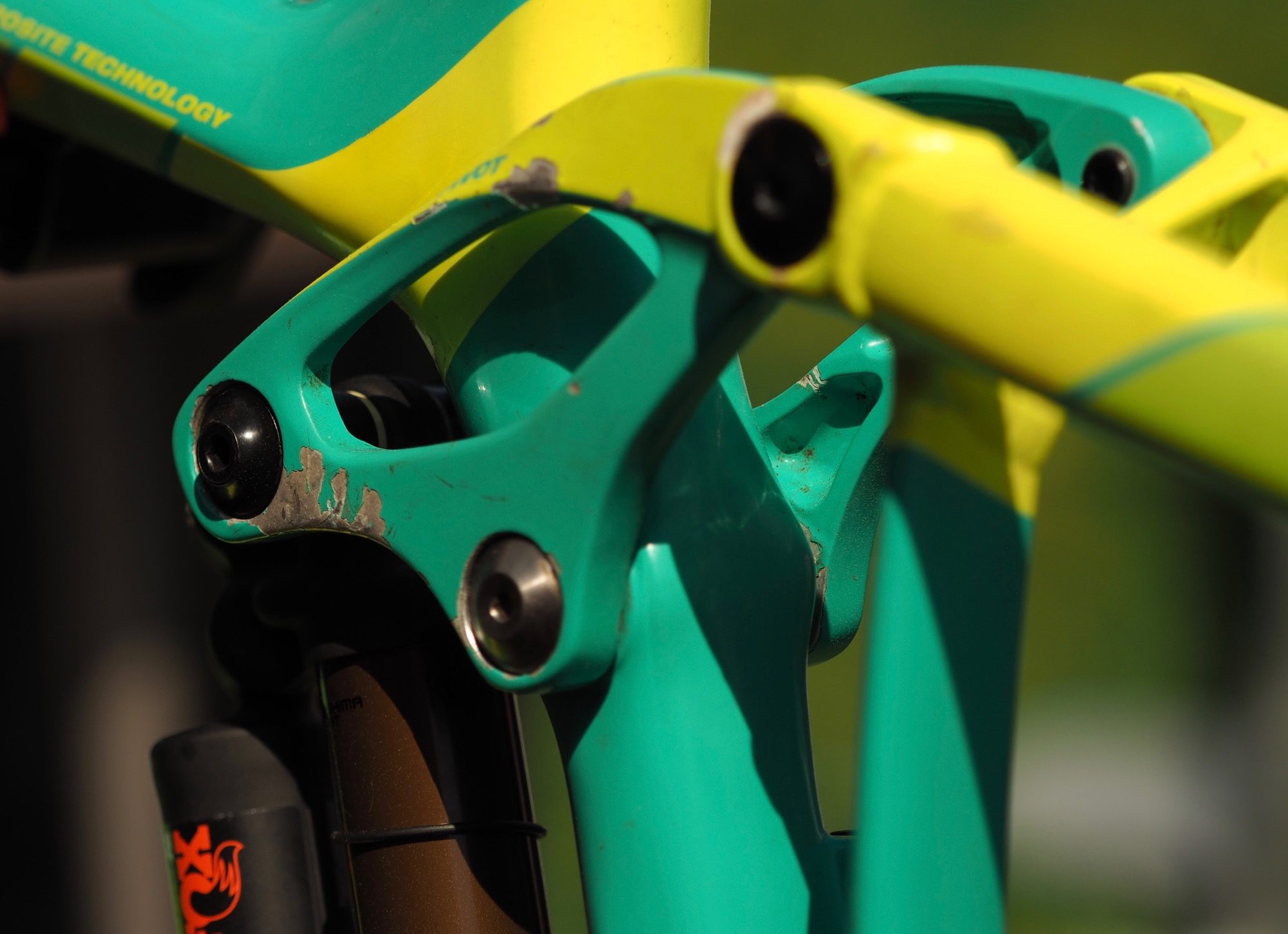 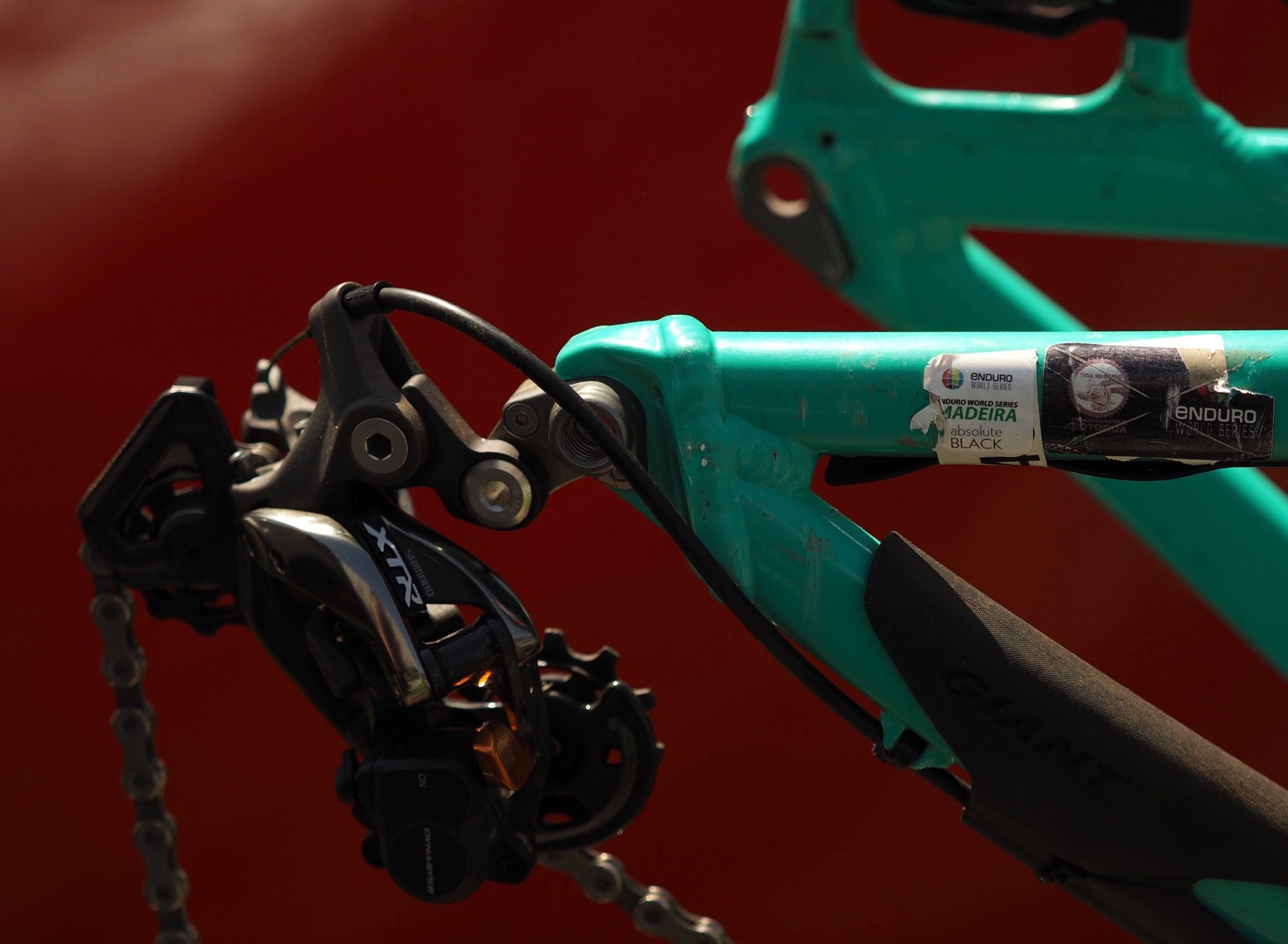 I fell in love from the first moment of enduro racing. I just stopped racing cross-country, my last race was in the US in August then I went to Valberg for the enduro and the first day of training I loved it. The race was amazing and I saw my result was pretty good. As a cross-country racer I always liked better the downhill, I always went up to get down. I always had a dream to do one season of downhill, but then I heard about enduro and some friends from Israel convinced me to go to the race in France and that’s how it started.

I’m super happy with my results, I stoked about it. I still can’t really believe it, I’m still surprised about it. My goal for the season was to be top ten, so I didn’t imagine I’d be on the podium, I’m really happy about it, it’s amazing.

In the first race of the season I was really crashed after, I had a really bad race. I spoke to Nathalie and said I thought I needed to quit cycling because it’s not just for me anymore, that I couldn’t ride properly. She just said ‘yeah, yeah, you should do another, just shut up and ride’. The second race was Tasmania and it was good, I had fun on the bike before the race and then it goes better.

I live in Israel, we are not a desert country, only half of it is desert the other half is not desert but still we don’t have much rain. Last winter I think I only rode five times when it rained. And we don’t have roots, we have more rocks and we have many forests, but we don’t have roots. It’s also not really steep, the downhills in Israel are really short and not steep. So I think I’m used to the wet more from racing cross-country, when you’re riding a hardtail on those World Cup courses it’s not that easy, not like it looks like. Riding in the wet on roots before the race in Tasmania helped.

This year I also have a full-time job, so training was my second priority because the job comes first. I have to work. If I have more time I train more, and if I have less time I train less. So my beginning of the season wasn’t that successful with training so I was scared to go to New Zealand for the first race. I just felt out of shape and out of technical skills. For me to go anywhere to train enduro style I need a full day because it’s far more where I live I have to drive two hours each way. There’s one course you could call an enduro course in Israel.

So I wasn’t happy with my training and when I arrived in New Zealand and saw the stages I understood what I needed to do. So I trained a lot in New Zealand after the race, I did the Crankworx Air DH and it gave me a little bit more confidence to stay on the bike and do those crazy jumps. From there I had a better idea what I needed to do to improve, but mostly I don’t train with a plan I just go with the flow. Most important to me is to enjoy the rides. 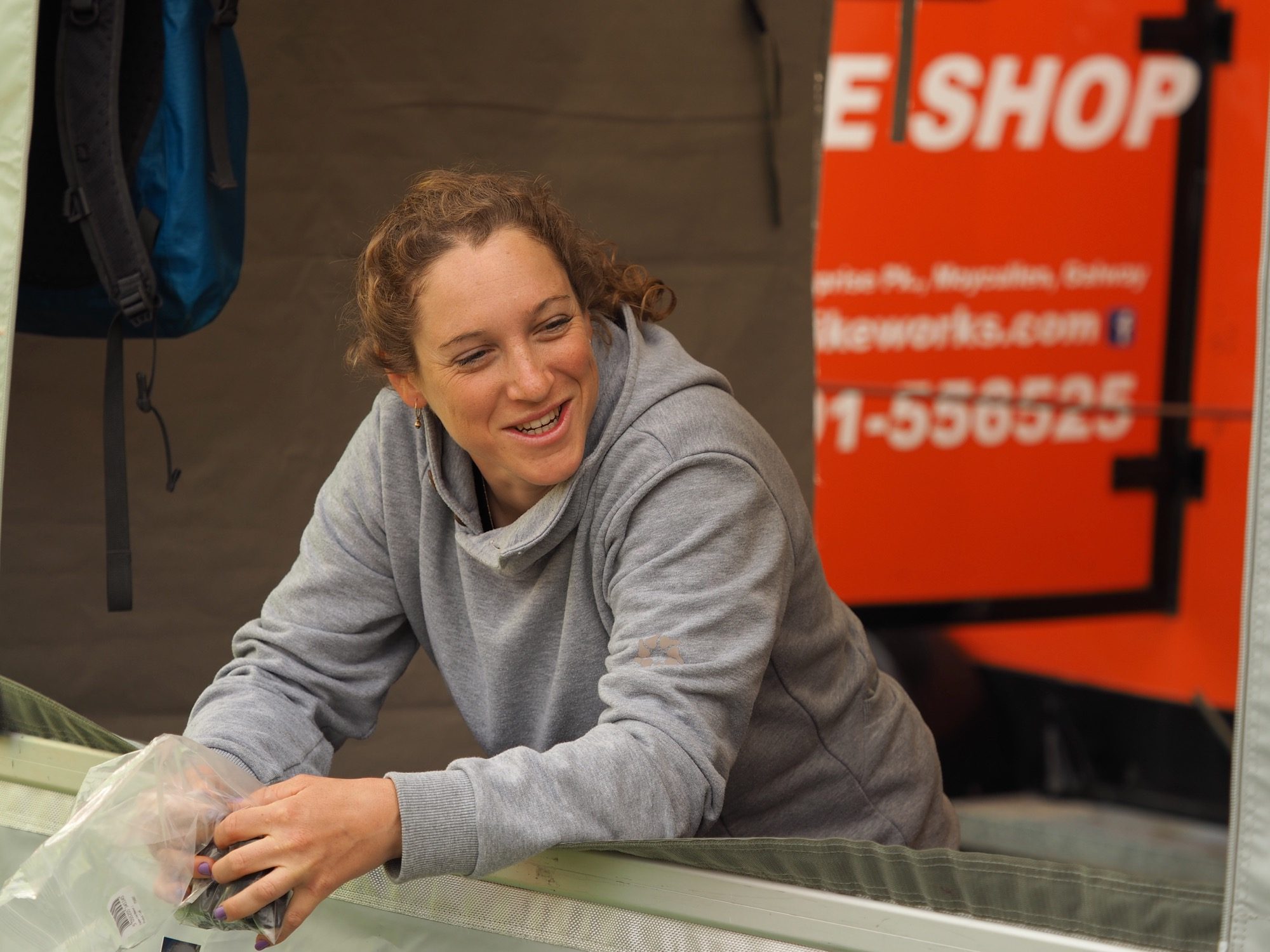 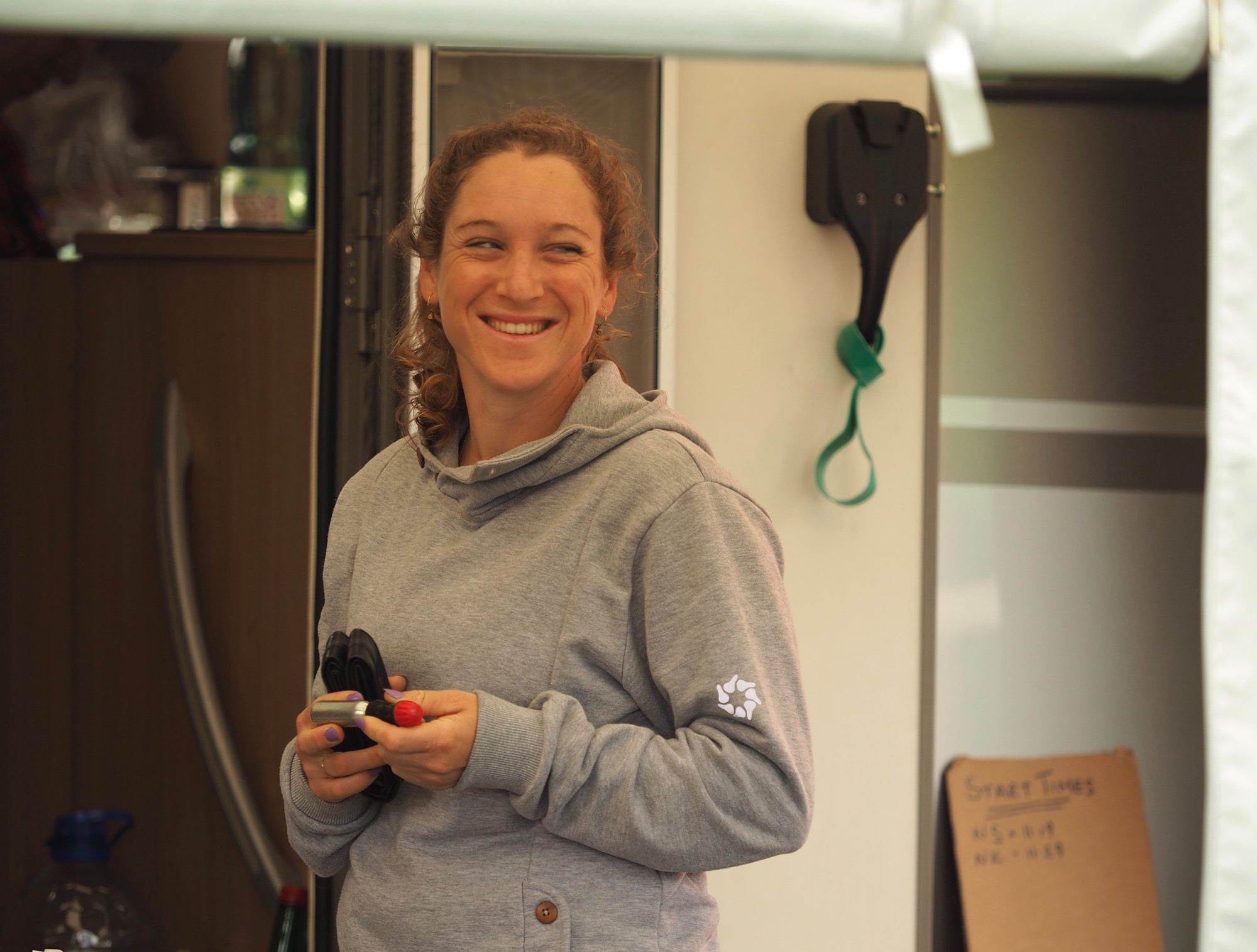 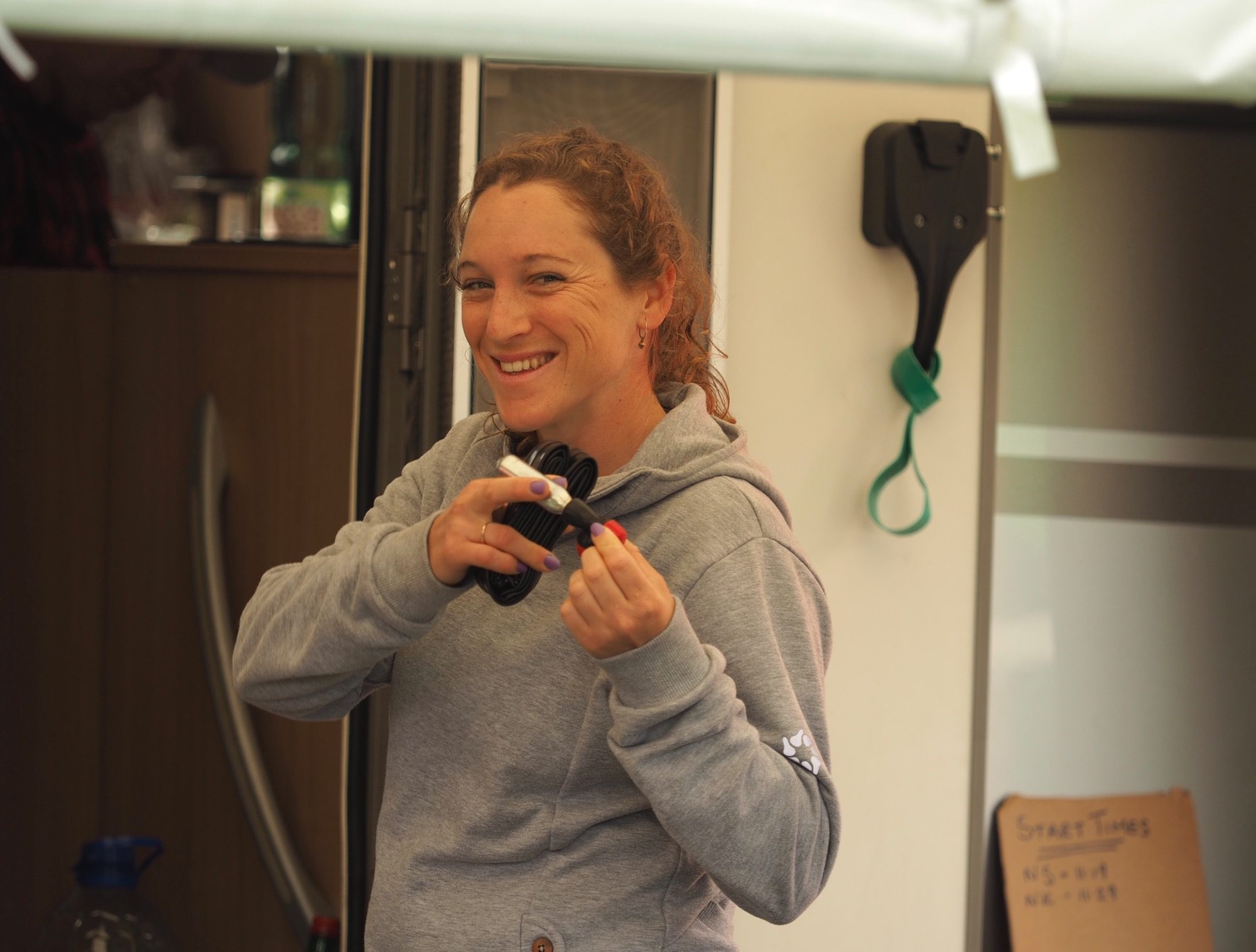 In Tasmania I was sure it was just a mistake in the results, I was really surprised in Tasmania because I hadn’t had the smoothest runs and I knew I’d made a load of mistakes. So I thought maybe I’m top ten, but I never thought about fourth. I had pressure then on me from the outside, but I was sure it was a one time thing. I knew the other girls had had problems; one had a puncture, and other a problem with her brakes, a few girls had issues because of the rain. In a rain race you can never be sure what will happen, so I didn’t expect anything I came to the race focussed and I did my best. Always on the first stage I have my worst run, I have issues or I crash or I’m just slow. I had a really smooth run and then I crashed in a turn.

So I thought I might be top ten but I didn’t know. So for this season I hope to have fun first and I believe if I have fun it will be okay, and we’ll see what the result will be.

The first two races I did by myself but after a while when you know more people than you realise there are many privateers and it’s pretty cool to do some stuff together. It’s nicer and you don’t have to be alone and you can all help each other. It’s much more friendly than cross-country racing I would say because there each person is with their own team.

It’s pretty cool here and the people are so kind and so nice, you really feel grateful they are all amazing. So I would say just go for it, go with your dreams or with your passions. If you like something just try, worst case is you won’t succeed.

Thanks to Noga for her time and James Richards for the brew.